Recovery from deoxygenation may be unpredictable: new study

The recovery of the oxygen-depleted bottoms in the Baltic Sea could be more unpredictable than previously estimated. New research shows that historically, the occurrence of oxygen deficiency has varied rapidly, due to an inherent instability that makes the Baltic Sea particularly sensitive to variations in climate. As the Baltic Sea recovers and approaches the goal of being unaffected by eutrophication, these sharp variations in oxygen depletion may return. 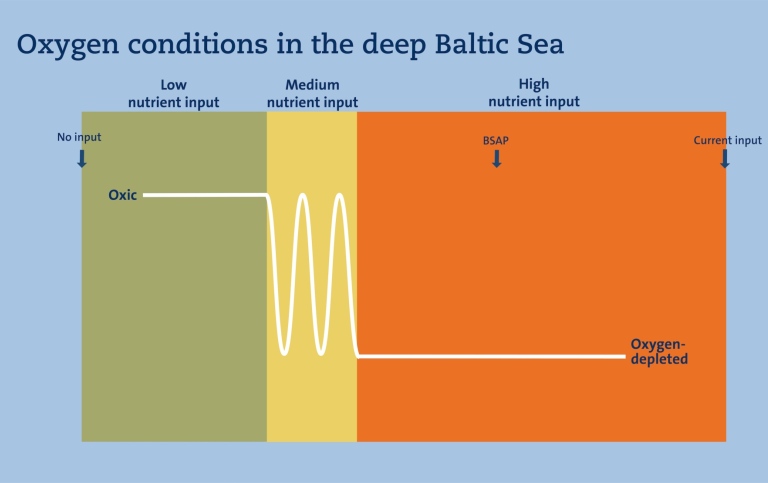 The high nutrient input to the Baltic Sea during the 20th century has caused severe eutrophication and a record extent of oxygen-depleted deep-water areas: high availability of nutrients leads to high production of algae and cyanobacteria, which, when decomposed consume oxygen. But oxygen depletion has also occurred historically in the Baltic Sea, even when nutrient inputs were much lower than today, which has puzzled scientists. A new study, in which the researchers used advanced analytical techniques to study the chemistry of sediment cores, shows that oxygen depletion has varied greatly with a periodicity of a few decades during some eras.

“We know from previous studies that there have been past periods of deoxygenation during the 8,000 year history of the Baltic Sea”, says Tom Jilbert of University of Helsinki, who led the new research. “Our goal here was to look in detail at how stable those periods were, and for that we used a technique known as laser ablation to measure the chemistry of the sediments deposited in these past periods. We get a high-resolution archive that shows very unstable conditions at certain times, with oxygen concentrations varying greatly on short timescales.” 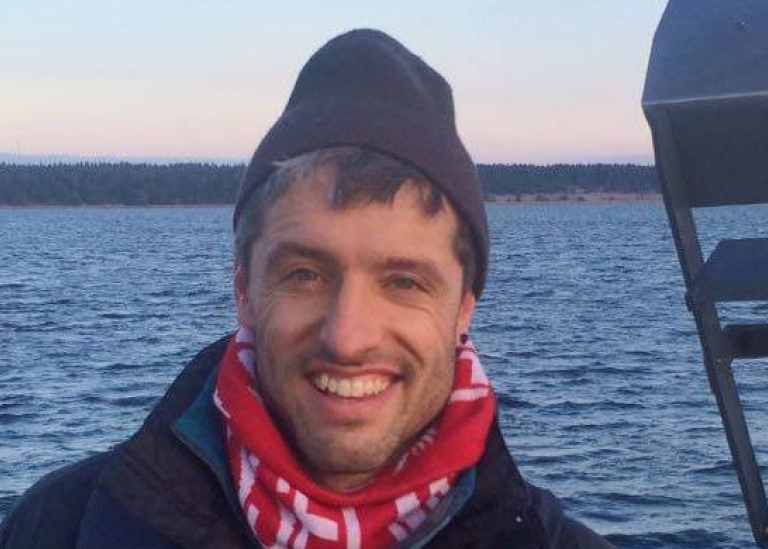 Generally, there is a direct relationship between nutrient inputs and oxygen depletion so that the higher the inputs are, the stronger depletion there is.

“However, within a certain range of nutrient inputs, the deep-water oxygen concentrations spontaneously start to oscillate with time.”, says oceanographer Bo Gustafsson at Stockholm University Baltic Sea Centre, who co-authored the study. Gustafsson also created a numerical model that recreates the oscillations observed in the sediment data.

The discovery of these oscillations also provided an explanation for why the Baltic Sea can experience oxygen deficiency even at lower nutrient inputs.

“It is likely that the oscillations are due to an inherent instability based on the fact that the less eutrophication, the greater the amount of easily mobilizable phosphorus can be bound in the sediments”, says Bo Gustafsson.

Phosphorus can be bound to iron oxides in the seabed sediments provided that water is oxic. Over time, a pool of iron oxide-bound phosphorus builds up in the sediments. However, this pool is unstable and sensitive to perturbations in oxygen concentration or plankton productivity caused, for example, by climatic variations.

“Such a disturbance may trigger release of phosphorus back to the water, where it contributes to eutrophication, causing oxygen deficiency and the release of even more phosphorus. This continues until the iron-bound phosphorus pool is depleted”, explains Bo Gustafsson.

“We found that the unstable periods occur when the loading of phosphorus from the Baltic Sea catchment is on a specific level”, says Tom Jilbert. “If the loading is on a low level, there is no deoxygenation of the bottom areas. If there is too much loading, like today, we see quite a stable dead zone in the deep areas where there is no oxygen. But in between these cases, we see oscillations on a timescale of decades”. 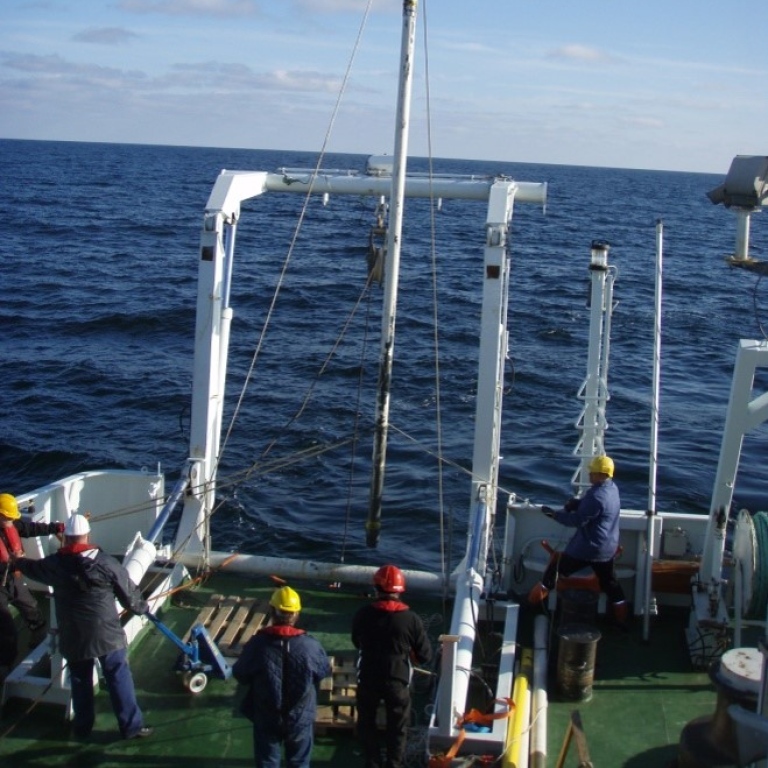 Today's heavily eutrophicated Baltic Sea with high productivity and virtually permanent oxygen depletion is far from the regime in which these oscillations can occur. But the Baltic Sea Action Plan (BSAP) aims to reduce nutrient loading significantly, and this is when the implications of the study become clear.

“When the phosphorus inputs are reduced, the Baltic Sea may surprise us in the long term with a much more complicated path towards recovery than we have earlier expected”, says Bo Gustafsson.

Using the modelling tool BALTSEM, Bo Gustafsson's research group Baltic Nest Institute has also calculated what level nutrient inputs needs to be reduced in order to eventually reach a Baltic Sea unaffected by eutrophication. In the recently updated BSAP, riparian countries have agreed to curb their nutrient inputs to reach this level. Oscillations in phosphorus cycling could start to have a major impact on the prevalence of oxygen deficiency and, for example, cyanobacterial blooms as nutrient inputs are curbed and the state of the Baltic Sea eventually approaches the goals. However, the researchers emphasize that the current study is done using a box model and that more accurate modelling tools are needed to really determine if oscillations will occur as BSAP is reached. 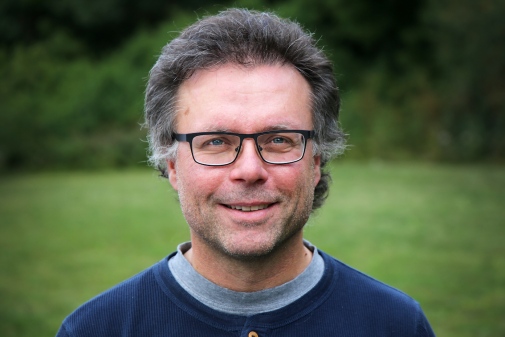 “We are currently developing the BALTSEM model to include the iron-phosphorus cycles. At present, we need not worry so much about these fluctuations. We can look at it as if there has been an extreme discharge phase over the last 100 years, and the sediment pools of iron-bound phosphorus are empty. Because of today's high oxygen debt, it will probably take decades before an effective recharge phase can begin. Once it does, the initial effect should be that eutrophication declines faster than expected, but after that there could be a potential setback due to oscillations”, says Bo Gustafsson.

The researchers emphasize that it is important to continue along the path set by the BSAP and to continue to improve models of nutrient cycles to understand future changes.

“We need to understand that variations in oxygen depletion are a natural phenomenon in the Baltic Sea that we will always have to live with, but that the intensity of today's oxygen depletion is on a different scale from historical periods, due to the human impact”, says Tom Jilbert.

“To improve the extremely poor conditions in the long term, it is important to continue to reduce the nutrient input to the sea”, agrees Bo Gustafsson.

The Baltic Nest Institute (BNI) at Stockholm University provides scientific basis for ecosystem-based management of the Baltic Sea by maintaining and developing data bases and models with a holistic Baltic Sea perspective. 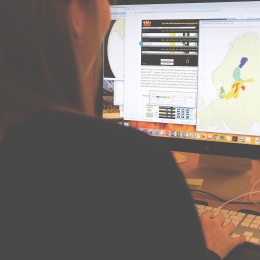 The Baltic Nest Institute (BNI) at Stockholm University provides scientific basis for ecosystem-based management of the Baltic Sea by maintaining and developing data bases and models with a holistic Baltic Sea perspective.