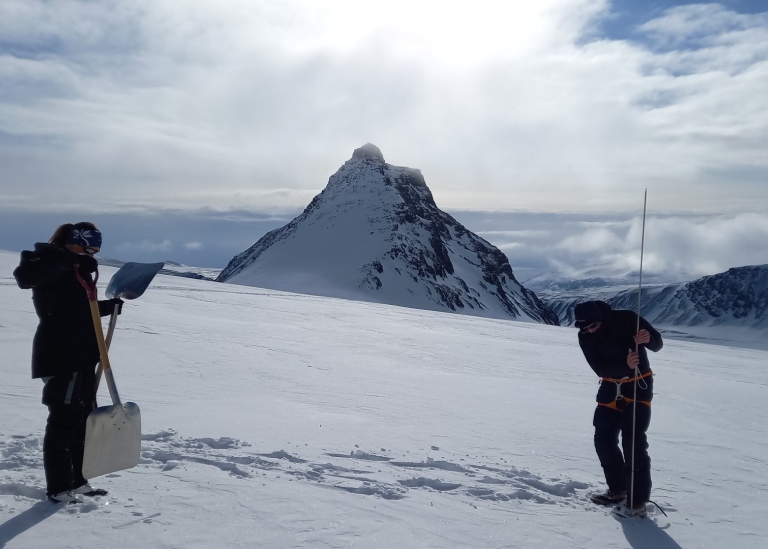 An important component of the research conducted at Tarfala Resarch Station is the continually measurement of Storglaciären’s mass balance which has been ongoing since 1946, and is included in the World Glacier Monitoring Service’s database.

The mass balance dataset from Storglaciären is the longest of its kind in the World and engages both the general public and researchers across the globe. The measurements have helped shape a comprehensive knowledge of the interaction between the glacier and climate, local temperatures and precipitation changes, which together play an important role in our understanding of glacier dynamics.

The mass balance dataset from Storglaciären

On 14 August 2021, the southern peak of Kebnekaise was measured at 2,094.6 meters, which was lower than the northern peak (2097 m). It is the lowest altitude that has been measured since the measurements started in 1902.

The annual height of Kebnekaise’s southern peak (In Swedish)

For now, you can find Tarfala Resarch Station data at Bolin Centre for Climate Research - Tarfala Data and at SITES.

Other research topics at the station

Over the years Tarfala Resarch Station has broadened its scope of research with active projects now going beyond glaciology and geomorphology focusing on ecosystems, biodiversity, hydrology, meteorology, climatology, archaeology and cultural geography to name but a few.

Publications (from the beginning of 20th century to recent) related to the research at Tarfala Research Station.