An international team of researchers led by Noushin Emami at Stockholm University have discovered that male Anopheles mosquitos, better known as malaria mosquitos, attracts the females by producing pheromones with distinctive scents. The results are published in Nature Ecology & Evolution. 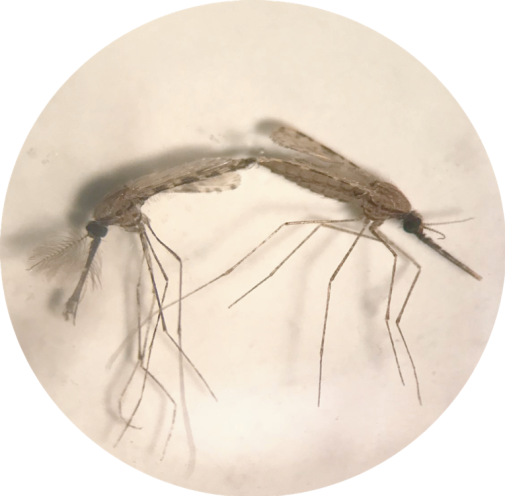 Mosquitoes take the first place in the world’s deadliest animal list due to several diseases they spread like malaria, dengue, West Nile, yellow fever, Zika, chikungunya, and lymphatic filariasis. Controlling the density of mosquito populations is one of the means to decrease infected mosquito bites and consequently, lower infection rate. Historically, most of the adult mosquito control methods focus on females with little attention to targeting males.

For mating, males of many mosquito species form swarms consisting of tens to thousands of individuals flying in loops or zigzagging, within a limited space, i.e. performing a love dance. Females are attracted towards swarms, choose a male and leave the swarm in copula. Very little is known about chemical cues that may mediate the formation and maintenance of male swarms and attract females to those swarms. We found that males of Anopheles mosquitoes released significantly higher amounts of specific volatile organic compounds during swarming. We chemically identified these odours, and showed their behavioural activity, i.e. revealed few phrases of mosquitoes’ chemical language. A mixture composed of synthetic analogues to these swarming odours proved highly attractive to virgin males and females of Anopheles mosuitoes under laboratory conditions and significantly increased mating in five African malaria vectors: An. gambiae, Anopheles coluzzii, An. arabiensis, Anopheles merus and Anopheles funestus in South African field setups.

Mating is one of the critical stages in mosquito life. Discovery of pheromone governing mosquito mating will open new avenues for mosquito control and interventions for mosquito-borne disease. We have focused our research on chemical ecology, behaviour, and transcriptional variation in males, the sex that has been much understudied compare with females. We are just beginning to unravel the complex mosquito to mosquito interactions leading to key opportunities to destabilise anophelin populations and disease transmission. We strongly believe that we can learn much from the fundamental biology of the male mosquitoes and apply the knowledge for control programmes, like a baited trap using the male pheromone to lure male and female mosquitoes towards theirs deadly siren. Our investigation offers multiple unexplored opportunities for improved research and applied methodologies aimed at controlling the very serious harm caused by deadly mosquitoes.