Frank Wilczek, a Nobel Prize-winning theoretical physicist and author, and professor at four universities among them Stockholm University, is awarded the 2022 Templeton Prize. We are delighted that Frank, with his extraordinary depth and breadth of knowledge, is contributing to the Physics research community, says Jan Conrad, Head of the Department of Physics at the Stockholm University.

The Templeton Prize, valued at more than $1.3 million, is one of the world's largest annual individual awards. Established by the late global investor and philanthropist Sir John Templeton, it is given to honor those who harness the power of the sciences to explore the deepest questions of the universe and humankind’s place and purpose within it.

This year´s awards goes to Dr. Frank Wilczek, professor of theoretical physics. According to Heather Templeton Dill, president of the John Templeton Foundation, “he is one of those rare and wonderful individuals who bring together a keen, creative intellect and an appreciation for transcendent beauty… Like Isaac Newton and Albert Einstein, he is a natural philosopher who unites a curiosity about the behavior of nature with a playful and profound philosophical mind.”

"The Templeton Prize recognizes not only achievements in Physics, but more generally contributions to the deepest questions about the Universe and their relationship to humanity. It is truly an exclusive group that Frank now joins. We are delighted that Frank, with his extraordinary depth and breadth of knowledge, is contributing to the Physics research community", says Jan Conrad, Head of the Department of Physics at the Stockholm University.

The Herman Feshbach Professor of Physics at the Massachusetts Institute of Technology, Dr. Wilczek won the Nobel Prize in 2004 for his early-career work establishing the fundamental theory of the strong nuclear force. Since then, he has continued to pioneer new concepts in physics, naming and developing the theories of anyons, time crystals, and axions, each of which now defines major fields of inquiry. Throughout his career, Dr. Wilczek, 70, has used his exceptionally fertile scientific imagination to unveil previously hidden realities, according to the prize jury. 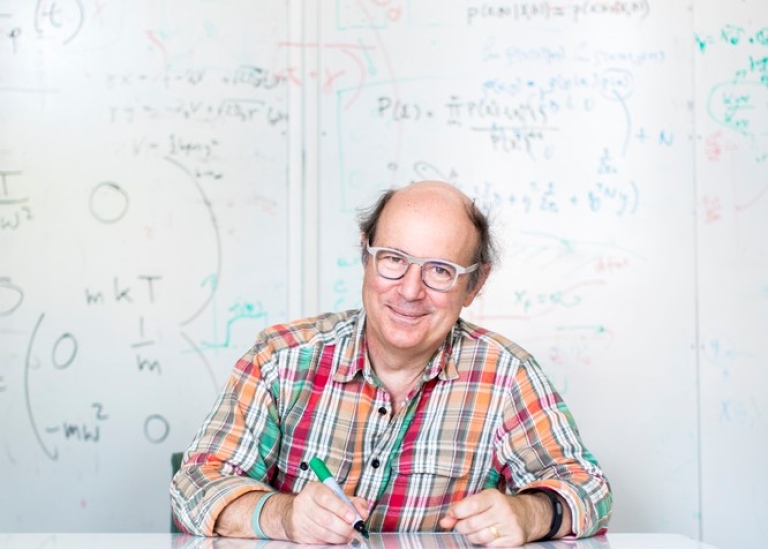 Wilczek has also engaged with a wide audience as a writer and speaker. He has written several popular books, including A Beautiful Question (2015) and The Lightness of Being (2008). In his most recent book, Fundamentals (2021), Wilczek presents a set of ten distilled insights drawn from physics and harmonized with artistic and philosophical sources to illuminate characteristics of physical reality. A columnist for the Wall Street Journal, he reflects on scientific subjects for a broad readership.

“The intent of the Templeton Prize is noble and timely, and something the world needs, which is to bring attention to the possibility of new approaches to the problems or situations or challenges that people have traditionally accessed through religion, and many people still do,” said Dr. Wilczek, in a video statement for the Templeton Prize.

“The central miracle of physics to me is the fact that by playing with equations, drawing diagrams, doing calculations, and working within the world of mental concepts and manipulations, you are actually describing the real world. If you were looking for trying to understand what God is by understanding God's work, that's it.”

Wilczek is the sixth Nobel laureate to receive the Templeton Prize since its inception in 1972. Wilczek joins a list of 51 Prize recipients including St. Teresa of Kolkata (the inaugural award in 1973), the Dalai Lama (2012), and Archbishop Desmond Tutu (2013). The 2021 Templeton Prize went to ethologist and conservationist Dr. Jane Goodall.

Conversation with Frank Wilczek at Kulturhuset in Stockholm, October 2019
“Frank Wilczek on physics, the Nobel Prize, beauty and knowledge”

Learn more on the prize TempletonPrize.org

Video with Frank Wilszek, Professor of Theoretical Physics and 2004 Nobel Laureate in Physics, on taking up a position at Stockholm University in 2016.

Frank Wilczek: "The pandemic has been positive for my research in many ways"