Our employees are important

The university has more than 5,700 employees working in a unique environment in the National City Park of Stockholm. Management and employees work strategically to develop the University to maintain the highest international quality and to be resource efficient.

Stockholm University strives to attract and recruit talents. Our researchers and teacher are characterised by professionalism, competence and academic excellence.

Our administrative staff have an important support function that requires competence at all levels through robust recruitment processes, ongoing competence development and focus on career development opportunities.

We work for equality, gender equality and equal treatment. We value our employees' different backgrounds and skills. Everyone should be treated equally and in a respectful manner.

Researchers explain why they chose Stockholm University and how their decision has panned out.
Here is what Cheuk-Wai Tai, Angela Adamo, Mitch Downey, Ilona Riipinen and Paul Andrews have to say about moving to Stockholm.

Meet Cheuk-Wai Tai, who is an researcher at the Department of Environmental and Materials Chemistry and responsible for the Electron Microscopy Center. Originally from Hong Kong, he reflects in this interview on his experiences of living and working in Stockholm.
(VIDEO will soon be published)

Meet researcher Mitch Downey at IIES who joined Stockholm University and moved to Sweden from the United States. (VIDEO will soon be published)

(VIDEO will soon be published)

Professor Ilona Riipinen talks about her decision to join Stockholm University and the work environment at the Department of Environmental Science and Analytical Chemistry (ACES) where she works.
(VIDEO will soon be published)

Stockholm might be green and beautiful, but isn’t it expensive? What about housing and transportation? Paul Andrews, Professor of Mathematics Education shares some of his experiences on the benefits (and drawbacks) of Stockholm.
(VIDEO will soon be published)

In order to apply for a position at Stockholm University, you have to register an account in our recruitment system.

Read more in How to apply for a position

How to appeal an employment decision

Disclaimer:
In case of discrepancy between the Swedish original and the English
translation of the job advertisement, the Swedish version takes precedence.

If you have any questions about the application process or the content of the application, please contact the administrator at the relevant department/unit. The contact person will be specified in the job advertisement.

Technical support regarding the application: jobapplication.support@su.se.

Please include the reference number of the position in the subject line. Technical support is provided during office hours. 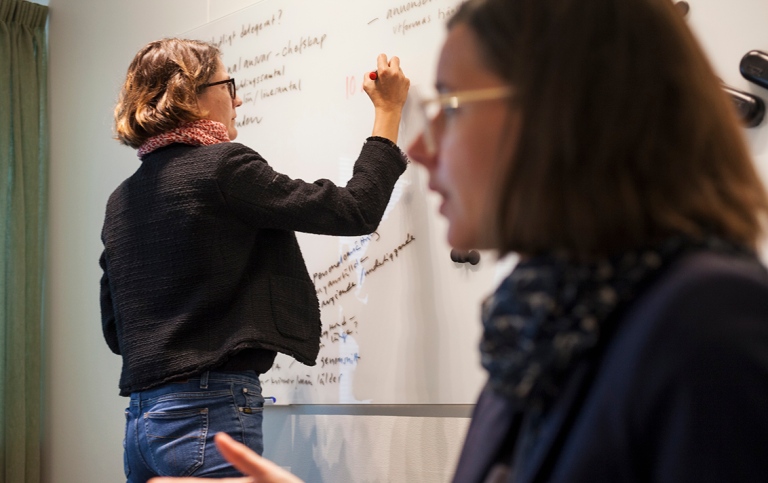