Researchers have identified hundreds of graves, from Transylvania to England, that were reopened between the 5th – 7th centuries AD. Previously, it was thought examples of reopened graves from this period reflected isolated cases of grave robbery. However, new research argues this was actually a widespread practice that was part of regular mortuary customs. The main motivation for these reopenings was to take out certain types of artefact. But actions taken include removing objects, moving bodies around, and in one case adding a dog to the burial.

In early medieval Europe, the dead and their possessions did not stop being important after the burial – researchers have discovered a widespread tradition of reopening graves.

“For over a hundred years, archaeologists in many European countries have discovered graves from the early medieval period which look like they were robbed soon after burial,” said Dr Alison Klevnäs from the Stockholm University and lead author of the research, “but over the decades, many excavators have realized that something stranger is going on.” 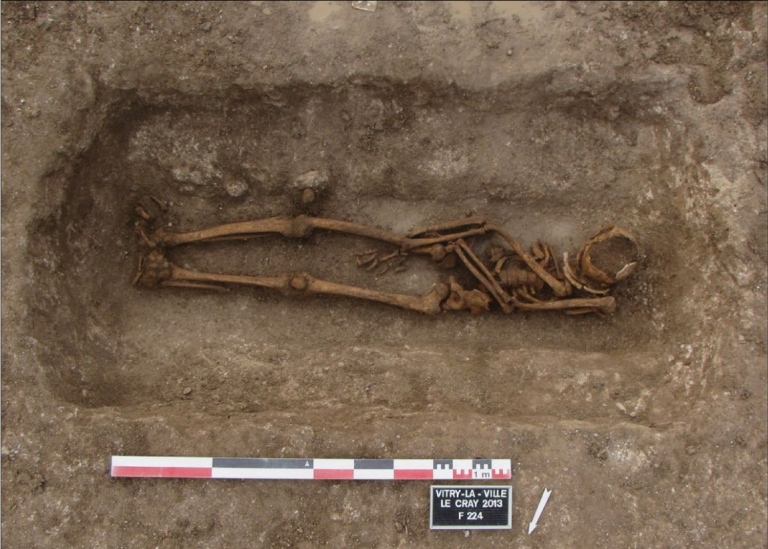 Grave from France where the individual was moved around before he fully decomposed. Credit: Éveha-Études et valorisations archéologiques, by G. Grange.

As such, Dr Klevnäs and four other archaeologists studying this phenomenon in different parts of Europe pooled their data to investigate what was going on.

Their analysis, published in the journal Antiquity, showed for the first time the huge scale of grave reopening. They found it was a widespread and long-lasting practice, uncovering over a thousand reopened graves across dozens of cemeteries, from Transylvania to England.

“The reopening custom spread over western Europe from the later sixth century and reached a peak in the seventh century,” said Dr Astrid Noterman, who previously studied over 40 affected sites in northern France. “In most areas, it peters out in the later seventh century, so that many cemeteries have a last phase of burials with no reopening.”

Crucially, these findings reveal reopening graves was likely not a case of grave robbing as analysis revealed a pattern of careful object selection not focused on value.

“They made a careful selection of possessions to remove, especially taking brooches from women and swords from men, but they left behind lots of valuables, even precious metal objects, including necklace pendants of gold or silver,” said Dr Klevnäs, noting that objects were taken even when they were falling apart, suggesting they were not taken for use or resale.

Instead, this was a regular part of mortuary customs during this period of European history. Most of this reopening appears to have taken place before the coffins had fully decayed – these were people returning to the graves of their parents or grandparents generation. 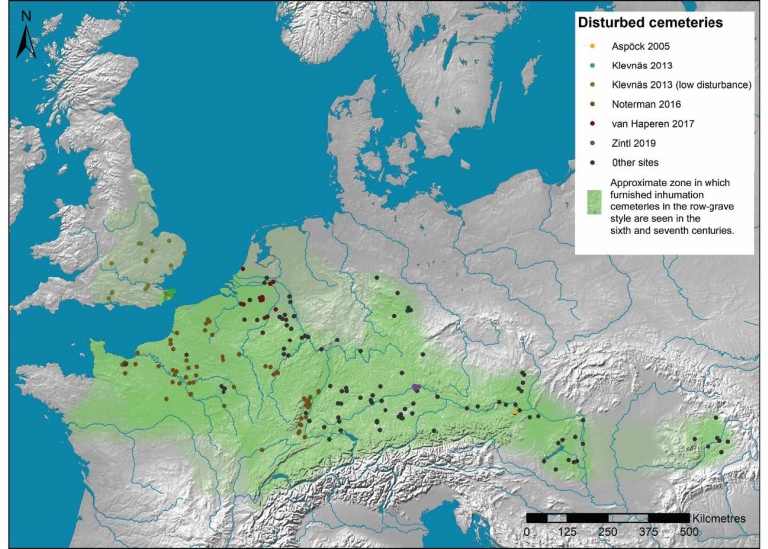 A map of Northern Europe marked with sites where there are evidence of grave reopenings.

However, whilst reopening graves was a widespread part of life in early medieval Europe there was variation, perhaps based on local traditions or even who was buried. Most disturbances involved removing selected objects, but other activities include manipulating the dead, damaging objects, removing body parts, and in one case adding a dog to the burial.

“Robbing graves sounds like a negative act, but it actually seems to be socially positive here. People carried on burying the dead in cemeteries, alongside repeated events of reopening graves,” said Dr Klevnäs. “We can even see that some cemeteries with reopening customs were used for longer than ones where the dead were left in peace.”

Now that this practice has been identified, it is hoped further research can shed more light on it – including investigating why it spread across such a large region over a short space of time.