Large numbers of three-spined stickleback have gradually taken over larger parts of the Baltic Sea’s coastal ecosystem, shows a new scientific study. Stickleback is a small prey fish common in aquatic food webs across temperate Europe. The stickleback contributes to local ecosystem ‘regime shifts’, where young-of-the-year pike and perch decline in individual bays, and these shifts gradually spread like a wave from the outer archipelago into the mainland coast.

This disturbing change is shown in a unique study conducted by researchers from Stockholm University, the Swedish University of Agricultural Sciences and the University of Groningen (Netherlands), which is now published in the scientific journal Communications Biology.

Regime shifts across space, as well as time?

Regime shifts are large, sudden and long-lasting changes in the structure and function of ecosystems, often triggered by human pressures on the environment. Most scientific studies of regime shifts focus on temporal change. Meanwhile, ecological theory predicts that regime shifts in large, heterogeneous ecosystems may start locally, in the most vulnerable areas, and then spread gradually across space. So far, however, proof of such dynamics is very rare.

The small fish three-spined stickleback is an important part of aquatic food webs across the Northern hemisphere. It’s eaten by both birds and larger fish. It’s also a common model organism in studies of fish behavior and evolution. 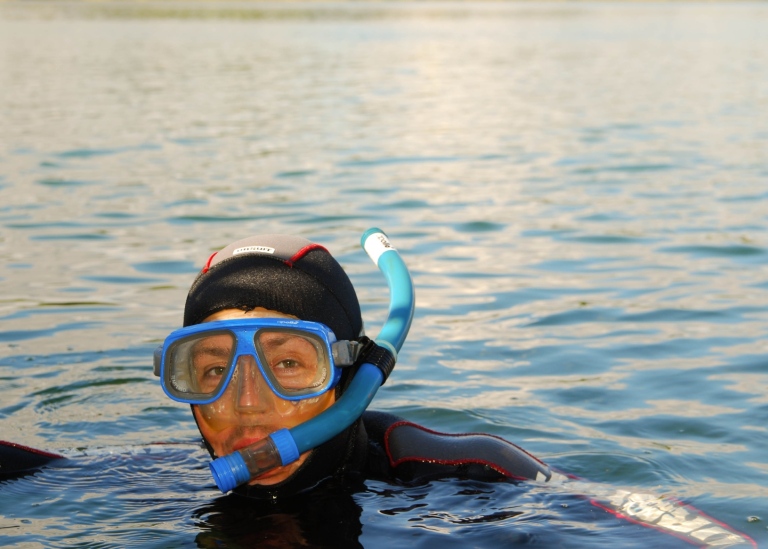 Ulf Bergström snorkels during juvenile fish and vegetation inventory in one of the 32 intensively studied bays. Photo: Göran Sundblad

“In the Baltic Sea, the number of stickleback has increased dramatically since the 1990s”, says Ulf Bergström, the researcher in the project who first documented the increase. Eutrophication, climate change and less predatory fish are at least part of the explanation for the sharp rise in sticklebacks. However, research is underway to investigate the causes further.
At the same time, the recruitment of pike and perch – two large predatory fish that eat stickleback – has decreased in the outer archipelagos and open coastal stretches, where the sticklebacks often reside during spring and summer. Previous studies have shown that the stickleback can eat the eggs and larvae of pike and perch, but it has not been known to what extent this has actually affected their reproduction on a larger scale.

A wave of sticklebacks

To get a better picture of the extent and effects of the stickleback increase, researchers in the project PlantFish compiled and analyzed data from nearly 40 years of fish surveys in almost 500 shallow archipelago bays, along the entire Swedish Baltic Sea coast.
The results showed a large-scale change – a so-called regime shift – from predatory fish to stickleback dominance, which gradually spread from the outer archipelagos and in towards the mainland coast. 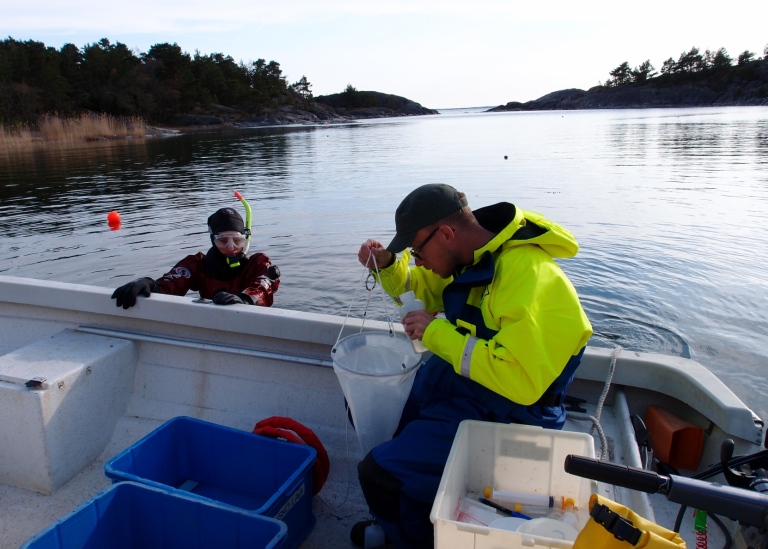 “One by one, individual bays shifted to being dominated by sticklebacks instead of predatory fish”, says the main author Johan Eklöf. We spontaneously began to call the pattern the ‘stickleback wave’, as the shift to stickleback dominance seen from the larger perspective wells up like a slow tsunami towards the coast.

Detailed studies of major ecosystem components in 32 of the bays showed that sticklebacks reduce the number of perch and pike young-of-the-year through predation on eggs and larvae. This is likely to diminish the local predatory fish stock, and further benefit the stickleback.
“We also see the reduction of perch and pike juveniles along the entire coast, and not just in the outer archipelagos and the open coastal stretches. These changes are serious, as they suggest that local stocks of predatory fish can gradually become extinct, which in turn affects the ecosystem as a whole”, Johan Eklöf continues.
“Since the stickleback also eats small grazing animals, the shift also intensifies the eutrophication symptoms, as filamentous ‘nuisance’ algae, which suffocate bladderwrack and other important aquatic plants, are allowed to grow uncontrolled”, Johan Eklöf points out.

The researchers now believe that the large-scale nature of the stickleback wave shows a great need for increased monitoring so that we can detect and counteract this type of change in the future. 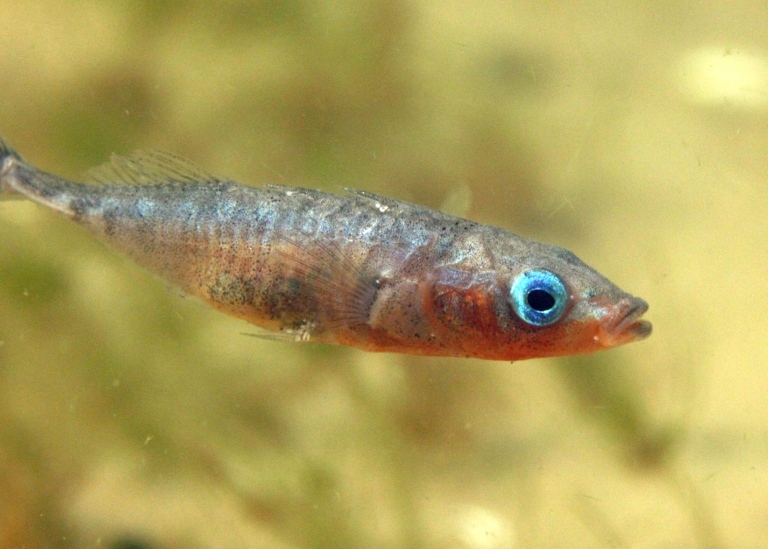 “The problem has previously gone under the radar or been judged to be very local, as existing monitoring programs have not focused on small fish and have not made any spatial analyzes”, says Ulf Bergström. A better understanding of the connections between the open sea and the coast is now needed, where the stickleback's yearly migrations link the systems. The researchers have already started gaining such knowledge in a new project called “The stickleback wave”, funded by the Swedish Research Council Formas.

The new project will also provide knowledge about what measures can be taken to try to reverse the shift. Various measures to strengthen the stocks of predatory fish are already being done, but targeted fishing for large sticklebacks could also be an environmental protection measure. The researchers will evaluate whether stickleback fishing can benefit perch and pike recruitment, but at the same time emphasize that the problem is more complex than the stickleback itself.
“Stickleback fishing may be inevitable to slow down the 'wave', but we must better understand and address the root causes of the major changes in the ecosystem. The stickleback wave is probably just a symptom and not the problem itself”, Johan Eklöf concludes.

A spatial regime shift from predator to prey dominance in a large coastal ecosystem.
A blogpost in Nature Ecology and Evolution Community.