In a new study, researchers at Stockholm University have demonstrated that blood-seeking mosquitoes can instead be directed to feed on a toxic plant-based solution, which in turn kills them. This result could be one solution for the global problem of diseases like malaria or dengue fever by specifically targeting the mosquitoes while other species like bees won’t be affected. 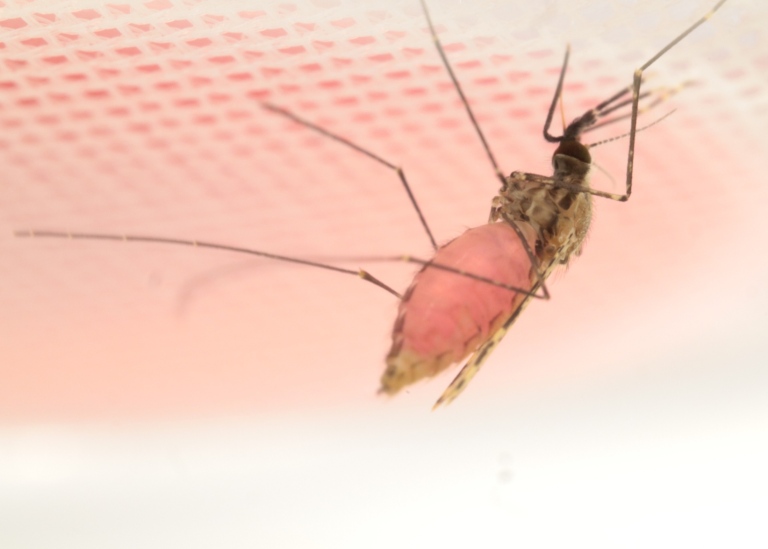 Mosquitoes can and do feed on HMBPP-supplemented beetroot juice. This is the findings of a study at Stockholm University. HMBPP is a metabolite which is produced by Malaria parasite, Plasmodium. The researchers have shown that it is possible to mimic a blood meal so closely that mosquitoes naturally prefer this artificial solution by using HMBPP supplementation as well as an addition of a protein/lipid mixture to any plant juice, particularly beetroot juice.

Mosquitoes can be tricked into feeding on the beetroot-based mix with an addition of toxins. The researchers tested four different types of toxins, containing capsaicin, savory oil, boric acid and fipronil sulfone (insecticide) and compared them to a control meal. The tendency to land and ingest the insecticide cocktail was on a level that matched the non-toxic meal, which in turn caused all the tested mosquitos to die within 100-350 minutes post feeding.

“This mixture, that we call pink juice, is a harmless, inert, eco-friendly solution, but it is naturally toxic for female mosquitos when ingested by them, says Noushin Emami, associate professor, Department of Molecular Biosciences, The Wennergren-Institute, MBW, Stockholm University.
“Altogether, we here provide a proof-of-concept for a specialised and eco-friendly feeding trap that can be deployed where needed. We hope to see it tested in a field setting and in combination with other vector control approaches.”, says Noushin Emami.

Noushin Emami’s group researches mosquito blood meal uptake and specific attractants and stimulants. The phagostimulant HMBPP is taking aim at eliminating mosquito borne diseases by modifying mosquito behaviours and thus allowing to specifically control their populations.
Being able to target only blood seeking species of mosquitoes and at the same time not affecting other organisms is paramount in today’s age of declining global biodiversity, pesticide health hazards and emerging pesticide resistance.

“There are a number of new, exciting, high tech approaches targeting mosquitoes which are entering a large-scale testing but I believe that there is a lot of potential in developing very simple, but highly effective solutions based on simple molecules and using materials which are not only affordable but also accessible to almost anyone. We used beetroot in this study to demonstrate exactly this point.”, says Noushin Emami.
“So, in the meantime, when you see a beetroot in the supermarket or veggie stall, remember that it is not only a tasty root vegetable, but also a key ingredient in a cocktail mixed for the benefit of reducing mosquito-borne pathogen transmission", she says.

Over the past 1.5 years, the viral COVID-19 pandemic has been dominating the headlines worldwide. In 2015-2016, the Zika virus epidemic had scientists, global health experts and the public worrying over its spread.  While the SARS-CoV-2 virus is airborne, the Zika virus spreads through mosquito vectors – and it is not the only pathogen that takes advantage of these flying, buzzing, biting insects for its’ spread to new species and geographical locations. Other mosquito-borne pathogens are the Chikungunya virus, dengue virus, the malaria (Plasmodium) parasite and others. The latter two pathogens alone claim over 300 million cases and 440,000 deaths annually.

The Article was published in Communications Biology 7 october

Link to a Nature community blog post about the study