Carbon is the basis for life, but where does it come from? 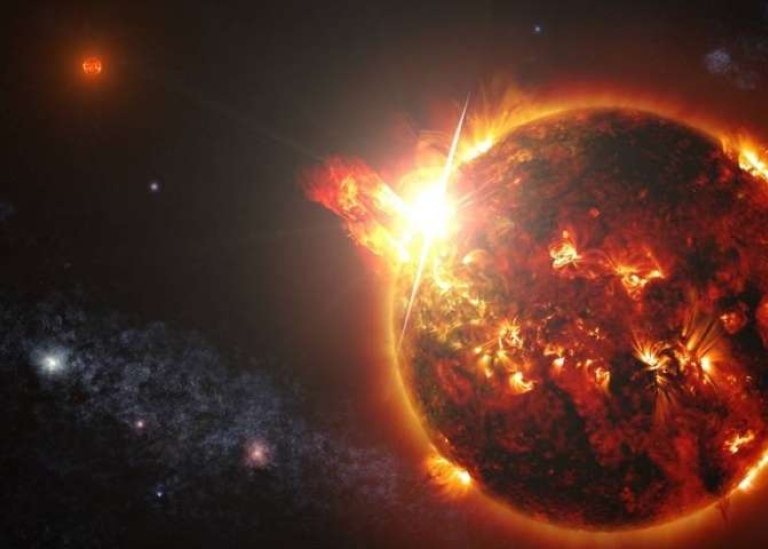 That supernovae formed by dying stars create and distribute carbon across the universe is well known, but the new study Three-component modelling of C-rich AGB star winds – V. Effects of frequency-dependent radiative transfer including drift by Christer Sandin and Lars Mattson at Nordita shows that stars of a more average size are more important than previously thought. This finding redefines our knowledge of the conditions for possible life in the universe.

Most stars, such as our own sun, are not massive enough to form a supernova when they die. Rather, they will expand and form what is called a pulsating red giant, cooling off in the process. Dust, including carbon and many other substances are formed in the cooler outer parts. At the same time radiation from the core of the star increases thousandfold, pushing the matter outwards, forming a “star wind” that will carry many trillion trillion tons of matter out in the universe.

Stellar winds have been measured with observations for fifty years, and together with the observations and powerful computers, the new models make it possible to predict the result of the complex physical processes of these dying stars better than ever before.

The article is published in Monthly Notices of the Royal Astronomical Society and is available here: https://academic.oup.com/mnras/article/499/2/1531/5924117