On August 14, 2021, the southern peak of Sweden´s highest mountain Kebnekaise was measured at 2 094,6 meters above sea level by researchers at Tarfala Research Station. This is the lowest height that has been measured since the measurements started in the 1940s, and almost two meters lower than the corresponding time last year. 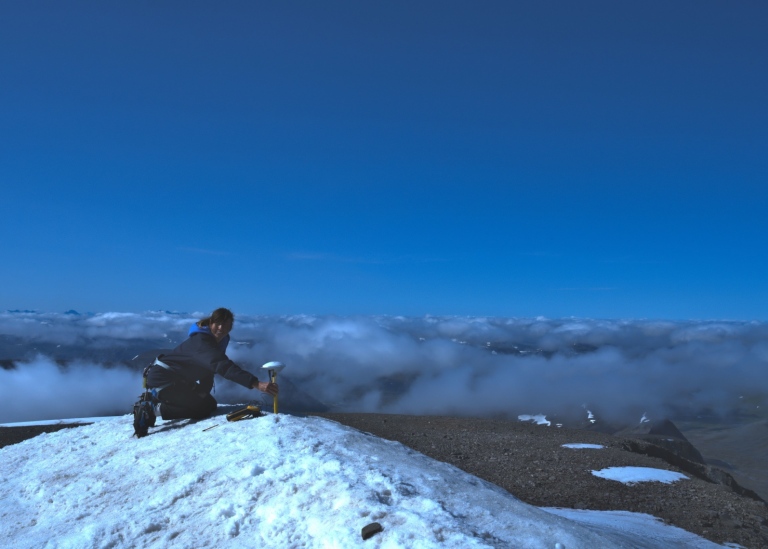 From the mid-1940s, there is an unbroken series of measurements of Kebnekaise's southern peak carried out by researchers at Stockholm University's research station in Tarfala. The measurements show that the south peak's snow drift varied in both height and shape during the 20th century. The height varies two to three meters between summer and winter. Normally the peak is at its highest in May and lowest in September.