An international group of scientists, with researchers from SciLifeLab, Stockholm University, Karolinska Institutet, and KTH Royal Institute of Technology, have identified which cells in the body that the new coronavirus (SARS-CoV-2) can infect. The results, published in Nature Medicine could lead to better treatment of the virus. 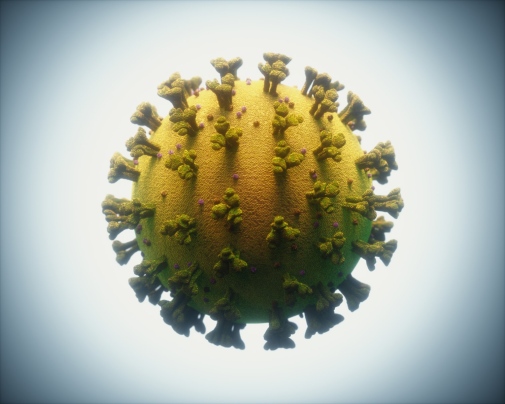 Previous studies have shown that the spike protein of the coronavirus only binds to and infects cells where the ACE2 and TMPRSS genes are expressed. To find out which cells are susceptible to infection the researchers utilized the Human Cell Atlas Consortium, mapping all human proteins in cells, tissues, and organs.

The mapping may provide clues to possible transmission paths as well as types of drugs that can be effective against the infection.
"Human Cell Atlas is a large-scale, international project, involving several research groups at SciLifeLab. The project aims to map all cells in the body according to their different gene expression patterns and anatomical coordinates", says Christos Samakovlis, researcher at SciLifeLab and professor at the Department of Molecular Biosciences, The Wenner-Gren Institute, Stockholm University.

No explanation to extensive spread

While mapping the cells, in which the ACE2 and TMPRSS genes are expressed, the researchers discovered that they could now explain the extensive spread of the virus. These genes are expressed in epithelial cells in the respiratory system, cornea, and intestine and primarily in the nasal cells.

"This highlights the potential role of the nasal cells in the early infection and in counteracting that the infection gets a foot-hold. The expression of ACE2 together with TMPRSS2 in other barrier tissues points to the need to investigate alternative transmission pathways", says Christos Samakovlis.

"These discoveries have consequences for our strategies to protect ourselves and to treat infected individuals. For example, given the likely important role of the nasal cells, drugs delivered through the nose can be very effective in limiting both infections and spread", says Christos Samakovlis.