A new study shows that thick sea-ice can increase the sensitivity of Greenlandic fjords to climate warming. Understanding the factors that control how fast glaciers move, break up and deposit chunks of ice (icebergs) into the fjords—and eventually the sea—is vital for predicting how the Greenland ice sheet will change under a warming climate and for predicting global rates of sea-level rise.

A new study led by Stockholm University Assistant Professor Christian Stranne, shows that thick sea-ice outside the fjords can actually increase the sensitivity of Greenlandic fjords to warming. Stranne and a team of researchers from Sweden, Greenland, the Netherlands, the USA, and Canada report on expeditions to two distinct fjords in northern Greenland during the 2015 and 2019 summers. “These fjords were practically inaccessible to researchers until quite recently because the sea-ice was too thick—they are some of the least-studied areas on the planet, and require a large icebreaker to reach them, even in the summer,” says Stranne. The inaccessibility and sea-ice build-up is due to the direction of Arctic Ocean currents; the Beaufort Gyre and Transpolar Drift push ice from across the Arctic up against the northern Greenland coast. 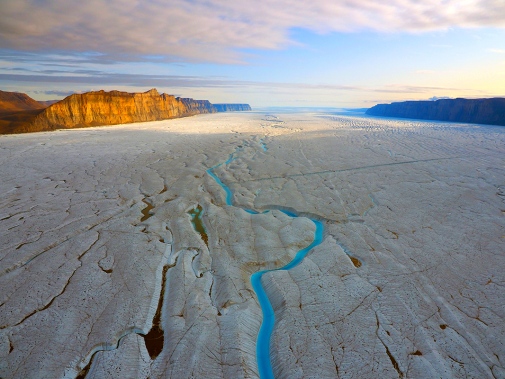 Writing in Communications Earth & Environment, the research team report on measurements made during the Petermann 2015 and Ryder 2019 expeditions, when the Swedish icebreaker Oden made detailed studies of Petermann Fjord and Sherard Osborn Fjord in northern Greenland. Even in summer, the entrance to Sherard Osborn Fjord on the northern coast of Greenland is blocked by thick sea-ice, but the more southerly located Petermann Fjord has for several years opened to the Nares Strait, connecting the Arctic Ocean with Baffin Bay. Both fjords host large glaciers with floating ice tongues extending from Greenland glaciers many kilometers into the fjords. Unsurprisingly, warmer water temperatures will tend to melt these floating portions of the glaciers and icebergs in the fjord faster than cooler water. But how does the presence or absence of the thick sea-ice barrier outside a fjord affect water temperatures inside?

In 2019, air temperatures in northern Greenland reached record highs. Despite similar high air temperatures and conditions, Petermann Fjord’s near surface sea temperatures never exceeded 0ºC. “But in the Sherard Osborn Fjord, cut off from the open ocean by thick sea-ice, near surface sea temperatures reached 4ºC – which was 3ºC higher than any previous seawater measurement north of Greenland,” explains Stranne.  Summertime melt produces a warm freshwater layer floating atop saltier water in the fjord; here the sea-ice barrier trapped this meltwater inside the fjord. Because of the difference in salt content, the surface water became isolated also from the water below, allowing time for intense solar heating of the fresher surface water. Such warmer water temperatures can contribute to faster melting of the Ryder Glacier in Sherard Osborn Fjord, as well as changing the biogeochemistry in the fjord waters. Conversely, the researchers suggest, that neighboring Petermann Fjord, which was open to the sea during 2015 and 2019, experienced colder surface water temperatures because its surface water was not isolated within the fjord by a sea-ice barrier.

These observations are counterintuitive: thick sea-ice is associated with colder climates, yet it can lead to warmer surface water temperatures inside the fjords. For this reason, fjords along the northern Greenland coast are more sensitive to climate warming than fjords without a sea-ice barrier. 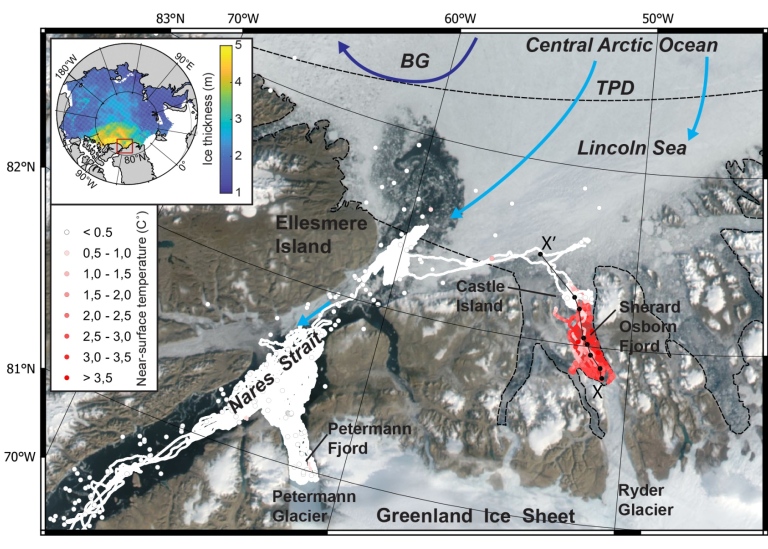 But each fjord is a little different. Last year, another study from the 2015 and 2019 expeditions pointed out that Ryder Glacier in Sherard Osborn Fjord is less affected by melting of the ice tongue from underneath, compared to Petermann Glacier in Petermann Fjord. In this case the explanation is not sea-ice but the shape of the seafloor that produces a shallower opening to the sea. The physical block of rock and sediment dampens intrusions of deeper warm water from outside the fjord (of Atlantic origin) which tends to make Ryder Glacier less sensitive to climate warming – while at the same time, surface sea-ice in the adjacent Lincoln Sea can make it more sensitive. “It’s a complex interaction. Overall, we know that warming climate will lead to faster moving glaciers and less ice on Greenland. But how fast this happens, and to what extent, remains a key research topic,” says Stranne. 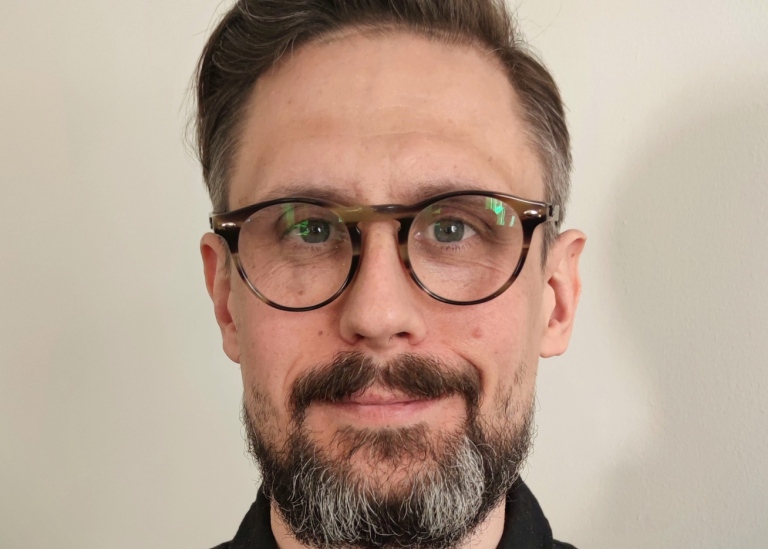