Nikola Hajdin defended his doctoral thesis in Public International Law, entitled ”Individual Responsibility for the Crime of Aggression”, on 14 October. The external reviewer was Professor Claus Kress, from the University of Cologne, Germany. 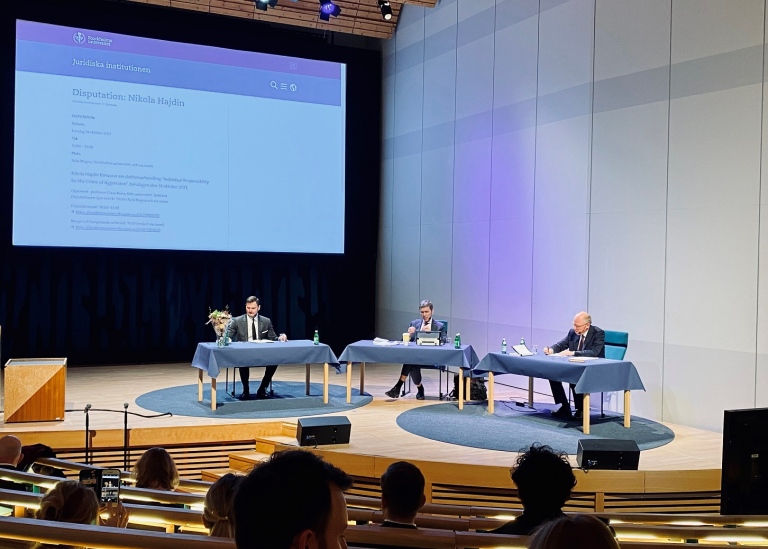 Nikola Hajdin next to the chairman of the dissertation, Pål Wrange, and the external reviewer Claus Kress from the University of Cologne.

When states commit aggression, how do we identify individuals criminally responsible under international law for contributing to the state policy that resulted in the use of force?

In this thesis, Nikola Hajdin examines the attribution of individual criminal responsibility for the crime of aggression in international criminal law, i.e. under which circumstances an individual can be personally prosecuted for crimes against peace by being in such a position that they can be considered responsible for having planned, initiated, or executed an act of aggression using state military force that violates the Charter of the United Nations.

In this context, Nikola emphasizes that many factors are involved in shaping a state's actual actions. Prior to interstate violence, plans are made, public debates are conducted, advice is given by governmental and non-governmental experts, politicians have discussions, media agencies institute propaganda, business enterprises look for profit, and parliament may hold a vote. Eventually, the high-state military and political leadership gives the final word. In such a constellation, many individuals contribute to the creation of the overall act in which the crime of aggression occurs.

The crime of aggression is a "leadership crime". Not anyone who participates in a war of aggression – for instance, as a member of an aggressor’s army – is to be held criminally responsible. But what are the actual criteria for someone to be considered to be in direct control of, or have the ability to completely control, government action? 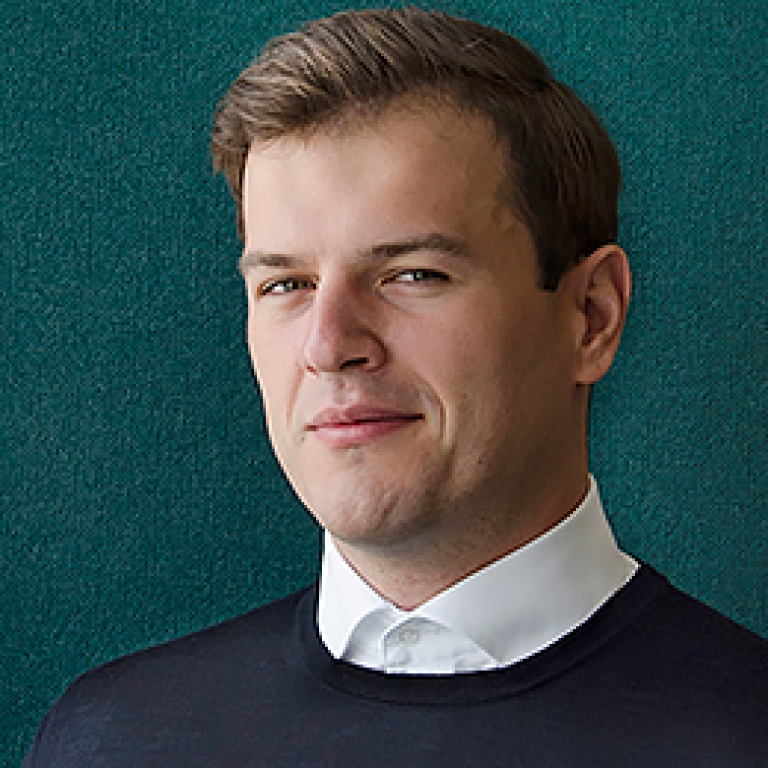 Drawing from theory on criminal responsibility, Nikola attempts to identify the questions that need to be answered in order to find the accused liable for aggression. For this, the thesis constructs a conceptual framework that provides for general conditions for criminal responsibility based on the material (actus reus) and mental (mens rea) elements of the crime of aggression, which is presented along with an analysis of relevant case law and international documents.

ABOUT THE PUBLIC DEFENCE

The external reviewer was Claus Kress, Professor of International Law and Criminal Law, from the University of Cologne, Germany.