During the autumn of 2020, a silver hoard was found by the company Arkeologerna, part of the National Historical Museums, at a Viking Age farm in Viggbyholm, north of Stockholm. Jens Christian Moesgaard, professor of numismatics at Stockholm University, was contacted to help archaeologists identify the coins. 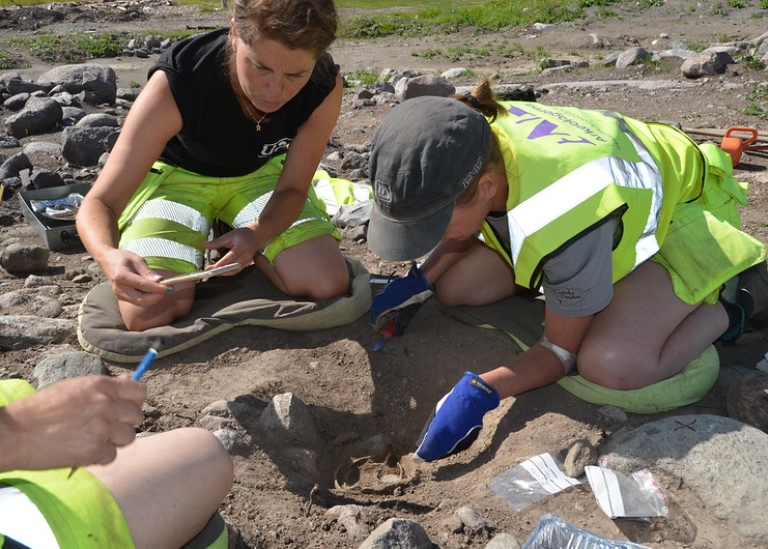 Prestige hoard from the Viking Age

“It was a very interesting find. I could see that there were coins from several different countries, but from the same time period. By looking at the inscriptions, motifs and symbols on the coins, the hoard could be dated to the 990s,” says Jens Christian Moesgaard, professor of numismatics at Stockholm University. 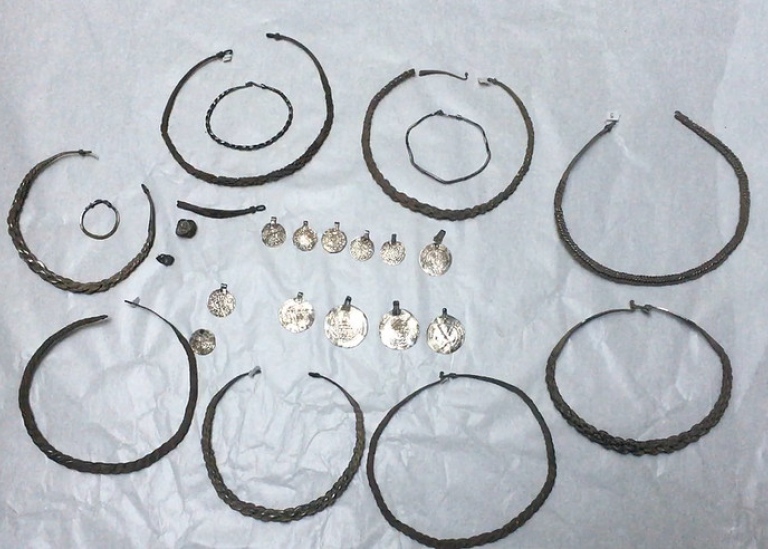 The silver hoard was a so-called ‘prestige hoard’ from the Viking Age, a hoard that probably had symbolic significance, rather than being intended to be used as a means of payment; several of the coins had been used as pendants. One of the European coins aroused particular interest: an extremely unusual coin from the Normandy region of France.

“The Vikings ravaged and plundered France, but eventually they were given a territory, which was called the ‘Land of the Northmen’, or in French, Normandy. The Vikings thus colonised this region, but became integrated into French society. A kind of mixed culture was created and the Vikings took up much of the local habits and minted coins based on this standard.” 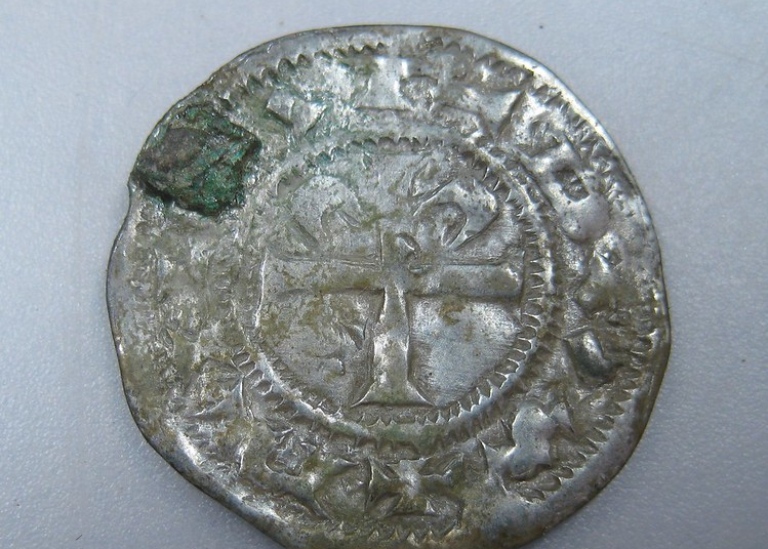 “This particular coin from Viggbyholm was only known, until now, from an illustration in a book about French coins from 1790. Since then, it has not been seen. The book states that the coin was a French private collection, but we have never seen any other specimens. Several researchers had therefore assumed that the coin does not exist, and that it is an incorrect illustration. But in 2020, 230 years later, we find a specimen of this coin in a hoard in Sweden. The drawing from 1790 was thus correct, and we can also date that coin to the 990s—a Viking-era coin.”

Numismatics as a subject can be traced far back through history. Coins have been collectibles since at least the Renaissance, but it was not until the 19th century that the subject became professionalized and a science in its own right. Stockholm University has Sweden's and northern Europe's only professorship in the subject of numismatics, which is held by Jens Christian Moesgaard.

“Within numismatics most jobs are at museums. It is unusual for a university to have this focus,” says Jens Christian Moesgaard. 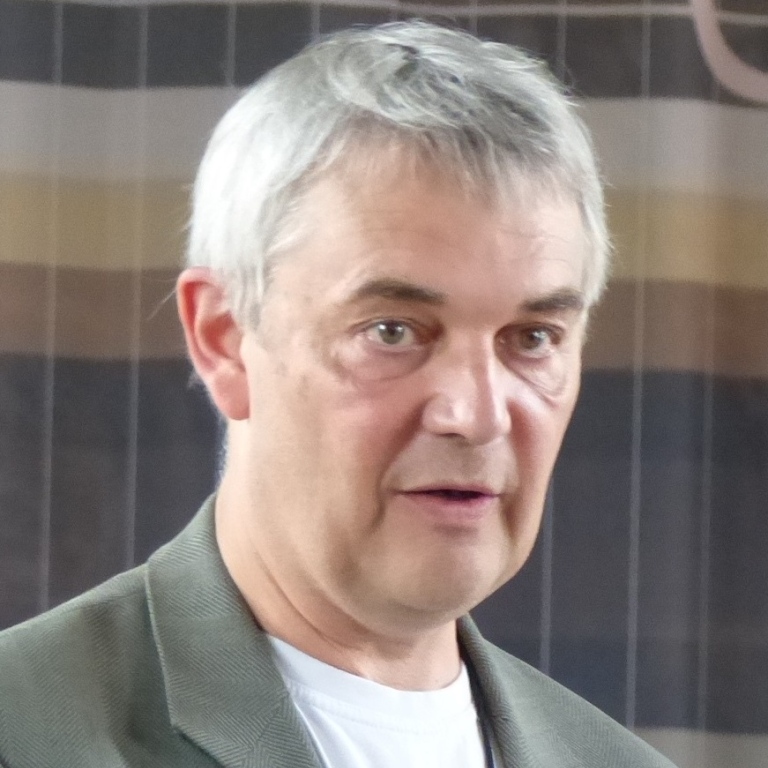 Jens Christian Moesgaard has a background in the museum world, and has worked at the National Museum of Denmark (Nationalmuseet) in Copenhagen, as well as museums in both England and France. His interest in numismatics goes back a long way.

“I was interested in coins already as a child. Most of the boys in my class collected coins but I was always a little more interested than my peers. I had my grandfather who shared my interest, so it actually started already back then. When I then started studying history at university, I realised that I would rather study coins and work with coins than collect them.

The coin was the state's trademark

Studies of coins can contribute important archaeological material—and in the long run deepen our understanding of history.

“Coins are interesting in many different ways. A coin is minted and created by the ruling power within society—be it the king or the emperor or the bishop. So, by studying coins, we study power. The coin's motif allows us to study how state power wanted to portray itself. It is also an archaeological object that is easy to date, because it is regulated by the authorities. Which king, which period, the economic situation—everything can be deduced—and from the end of the 15th century onwards the year is indicated on coins,” says Jens Christian Moesgaard. He also believes that studies of coins can give us a picture of a state, or of the economic situation of a kingdom, as the actual production of coins served as state revenue.

“The state could make money by issuing coins—the value of the coin consisted of maybe 85-90 percent in metal value, but you could issue the coin at 10-15 percent more than the actual value of the coin. This covered the cost of production and was created income for the state.”

Studying coins is also a way of studying a state's monopoly and how the coin been used throughout history to make money.

“For example, if a state produced a standardised coin with a specific value, it was very important that the state took a monopoly on this national coin. Then people have to change and pay a fee. That way, the state could earn more. Studying coins is a way of studying the successes and setbacks of the state monopoly and how strong the royal power was. It was also practical for the population that the value of the coin was guaranteed by the authorities, in order to avoid discussion. There are tales from the past about how people quarrelled over which coins were okay, what they weighed, how much they were worth – and even stories about people sometimes ending up murdering each other.”

The hunt for the rare object

Jens Christian Moesgaard believes that the hunt for the rare coin may be an explanation for people's fascination. 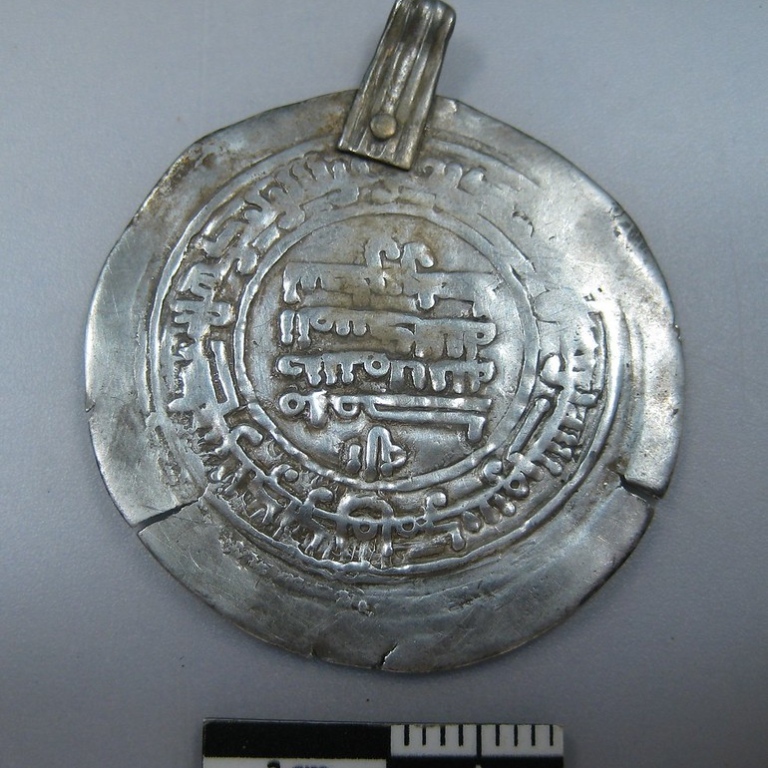 “Imagine having an authentic object in your hand from, for example, the Viking Age. You have read in the history books about, for example, Caliph Harun al-Rashid in Baghdad, and are fascinated by the stories—and then you can hold in your hand an authentic object from that very period, an object created under al-Rashid's control in, say, 804—the year was given on Islamic coins already during the Viking Age. You get an object that gives a concrete contact to the Viking Age, or to the Middle Ages. I think that fascination is very important.”

“I try to see the scientific in my role as a researcher and focus on what we can understand from history through coins, but I cannot deny that I too am fascinated.”

Find out more about the Stockholm Numismatic Institute at: https://www.archaeology.su.se/english/stockholm-numismatic-institute
Interested in the Viking Age? See our courses and programmes https://www.su.se/department-of-archaeology-and-classical-studies/education/courses-and-programmes