Spin nutation in magnetic materials observed for the first time

For the first time, spin nutation in magnetic materials has been observed. The discovery could impact the way digital information is saved and lead to a faster, more compact and more energy-efficient technology. 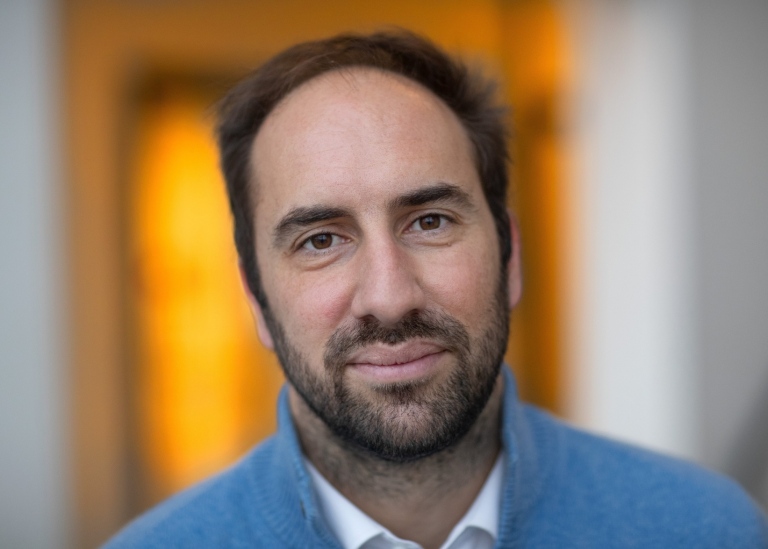 Stefano Bonetti, Wallenberg Academy Fellow at the Department of Physics. Photo: Magnus Bergström. The Wallenberg Foundations have provided the image.

The discovery was made by a research group led by Associate Professor Stefano Bonetti, who coordinates the ERC Starting Grant MAGNETIC-SPEED-LIMIT at Stockholm University and Ca’Foscari University of Venice. The results have been published in the prestigious journal “Nature Physics”. Nutations occur when the orientation of the spin axis varies over time. The measured nutation period is of the order of one picosecond (one thousandth of a billionth of a second), 1000 times faster than the precession.

The understanding of how spins move and can be manipulated at pico- and femtosecond (one thousandth of a picosecond) time scales has implications for ultrafast and energy-efficient data processing and storage applications. However, the possibility of realising commercial technologies based on ultrafast spin dynamics has been hampered by our limited knowledge of the physics behind processes on this timescale. It has recently been suggested that inertial effects should be considered in the full description of the spin dynamics at these ultrafast time scales. However, until now, a clear observation of such effects in ferromagnets was lacking.

“This is the first direct experimental evidence of intrinsic inertial spin dynamics in ferromagnetic thin films in the form of a nutation of the magnetisation at a frequency of approximately 0.5 terahertz (THz). This allows us to reveal that the angular momentum relaxation time in ferromagnets is on the order of 10 ps”, says Stefano Bonetti.

A planet and a gyroscope have in common that they move in complex trajectories, with precession and "nutation" movements. This is true for any object with mass moving in a circular fashion. It is also true for a compass needle in a magnetic field. However, things get complicated if the compass becomes very small i.e. at the nanometer (one billionth of a second) or atomic scale. When things get smaller, they tend to be able to move faster. In the case of atomic compasses, so-called “spins”, the precession has a typical period of one nanosecond, and was observed many decades ago. Nutation, which is typically much faster (in the case of the Earth, 1000 times faster), was so far not observed, and the time scales at which it should appear were not known.

This discovery could have implications for data centers where almost all of the world's digital information is saved in the form of magnetic bits (north pole up, "1", north pole down "0", add image).

“When information needs to be written, i.e. a bit "1" must become a "0", the magnetic bit needs to reverse with the pole from north to south, with a rotation that includes precession and also nutation. The nutation becomes more important the faster the motion. Therefore, this discovery allows us to start studying possible strategies for a technology at the basis of digital information that is faster, more compact and more energy-efficient. Energy consumption due to the use of digital data is growing faster than any other human activities*, and we need to be pro-active in making it sustainable in the long run”, says Stefano Bonetti.

*Forecasts suggests that the total electricity demand of information and communications technology could reach half of the electricity consumption and a fourth of greenhouse gases in 2030. Find out more.