Johan Sör and Aurora Halili, students of the Department of Law of Stockholm University are the winners of the 2021 GTTC Universities Project V, an international tax law competition organised by the renowned International Bureau of Fiscal Documentation (IBFD). 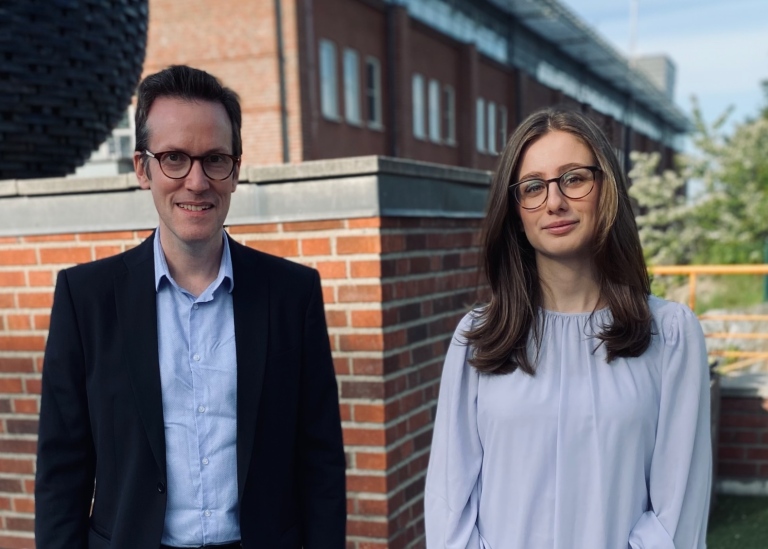 “We are pleased to be the first team from Sweden to win this competition,” says Aurora, while explaining that previous teams representing Stockholm University have reached the finals of the GTTC Universities Project twice, but never won.

In total, teams from 25 selected universities from 25 different countries participated in this year’s edition of the tax law competition. In the finals, the Stockholm team was matched against students of McGill University of Montreal, Canada. The teams’ task was to research and analyze in what respects the own country’s tax treaties concluded with other jurisdictions deviate from the so called Model Tax Conventions of the Organisation for Economic Co-Operation and Development (OECD) and the United Nations (UN).

“Specifically, we examined how the right to tax business profits in the Swedish tax treaties is distributed between Sweden and its treaty counterparts,” says Johan. “Our main conclusion was that the Swedish treaties to a large extent are consistent with the OECD Models, which also from a tax policy perspective can be seen as the models best suiting Sweden’s interests as an export-dependent nation.”

Competed in connection with a advanced course

Aurora and Johan have both completed the Department of Law’s advanced course in international tax law and produced their master theses within the field. In the opinion of their coach Jérôme Monsenego, Professor of International Tax Law and manager of the advanced course, the two students throughout the work on the project maintained high standards.

“Aurora and Johan worked very much independently,” he says. “It is impressive that they won, given the complexity of the subject and the fact they were only two in their group (normally a team consists of four students). They demonstrated an ability to analyze the issues in depth and did so with a sort of inner calm. Maybe that was the recipe of success!”

“As their coach, I am of course very happy for them and proud of Stockholm University’s commitment to quality,” says Monsenego. “It is thanks to the knowledge and skills, acquired throughout the entire education, that Aurora and Johan were able to deliver at such a high level. This is emphasized also by the fact that students of our university reached the finals both the previous year and year before that.”

As a prize, Aurora and Johan received a diploma and a 250 Euro voucher each, to be spent on publications of the IBFD. Their competition paper is a contribution to research and will be published by the IBFD.