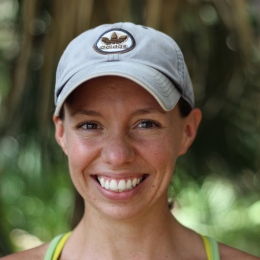 I am an evolutionary biologist studying the evolution of sexually selected traits. I do this using a combination of experimental biology, comparative analyses, and field work. I am currently a postdoc in John Fitzpatrick's lab studying evolutionary interactions between traits associated with male-male competition, female choice,  and sperm competition both across animals and within a group of fish called halfbeak fish.

In promiscuous species, postcopulatory sexual selection is potentially one of the strongest forces of selection acting on males. Sperm are critical for male reproduction, are extremely diverse morphologically, and represent one of the few targets of sexual selection with homology across all animals. They can therefore act as a broadly informative model for understanding how postcopulatory selection creates variation in traits within and among species. I am currently working to understand the evolutionary forces that shaped sperm size across the animal tree of life.

Despite ample evidence that males alter investment in ejaculates in response to variation in the abundance of potential rivals, few studies have considered how variation in the competitive environment affects expenditure on and trade-offs between weapons, ornaments and ejaculates. By manipulating the social enviornment of halfbeak fish in the lab, we are able to evaluate socially cued plasticity in allocation to pre-mating (courtship, weapons, ornaments) and post-mating (sneaking, testes, ejaculate quality) behaviours and traits.

For a complete list of my current publications and more detail about my previous work, teaching, and photography please see my personal website: https://arielkahrl.weebly.com/