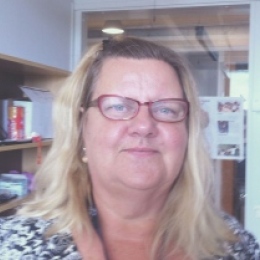 My research is mainly focused on Aegean prehistory and the primary source of inspiration when it comes to pick specific research topics is my archaeological field work. In the field of Aegean prehistory my research has a broad spectrum, and focuses on a variety of aspects in the Bronze Age Cycladic islands, Crete and the Greek mainland. The archaeological work I have been involved with so far comprises survey, excavation, material processing, documentation, including the drawing and publishing of archaeological material. In my research I analyze settlement patterns and settlement structures and study how the material evidence as a whole are reflections of people´s conceptions often as response of external stimuli. In my projects I want to cooperate with other scholars of various disciplines in the study of human actions and interactions in using various field methods, theoretical models and other practices. My field work has generated a lot of finds and these, together with and my other publication responsibilities have caused me to develop hypotheses and theories about materiality and agency.  One example is my work with defining identity markers of the different local Mycenaean localities in the Argolid.

My current projects involve material studies – documentation, analysis and interpretation of finds primarily from the Greek-Swedish-Danish field project in Khania, Crete and from the Greek-Swedish field project at Midea in the Argolid in Greece. Apart from the fact that the entire material must now be processed, I work primarily with the categories Mycenaean pottery, terracotta figurines and wall painting. I also work with the finds from older Swedish excavations in Greece, at Asine, Berbati and Dendra. The figurines have been subject to my specific studies on cultic ritual and religious performances and I have also included them in analyses from a gender perspective. Moreover, the terracotta figurines are currently used in a project about mobility where I intend to use a pxrf-scanner in order to determine the clay composition. With this method it will be possible to decide if a figurine is locally made or imported.

Furthermore, ritual performances and ceremonies played an important role during the Aegean Bronze Age, as in so many other contexts, and the material evidence provided from the Mycenaean cemetery at Dendra is used for a detailed analysis in another of my current projects. The evidence is used in a detailed investigation with contextual comparisons with similar practices in the Argive region, but also in the Late Cycladic islands and in Crete.

Show all publications by Ann-Louise Schallin at Stockholm University