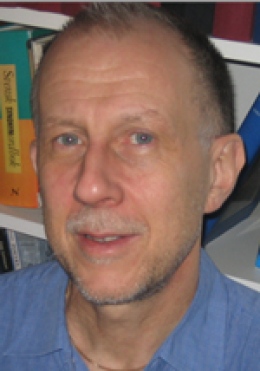 I am a professor in Comparative Literature/Literary Studies at Stockholm University since 1995. My research is concentrated on three main areas within premodern literature: Late Antiquity (fiction theory), The Middle Ages (ibidem) and the Baroque (mainly Italian, Spanish and English lyric poetry).

I wrote my doctoral thesis on the Swedish writer Erik Lindegren and his collection of poems The man without a way (“mannen utan väg”, 1942), a landmark in modernist Swedish poetry, influenced by French surrealism and contemporary English poets such as T.S. Eliot and Dylan Thomas. During my early postdoc years I began investigating constructions and configurations of time in modern as well as premodern literature, an interest which characterizes the essays in my book “Solens flykt” (The Course of the Sun) 1993.

At the same time I extended my field of studies to European Early Modern literature, with a focus on intertextual tensions in Spanish Golden Age poetry. My activities in these areas resulted in a monograph on Francisco de Quevedo, “Diktens tidrymd” (The Poetical Moment) 1995, translated into Spanish ten years later (El instante poético, Zaragoza 2005). Since the late 90s, I have looked into the relations between fiction theory and rhetorical figurations in Late Antique Latin literature. This is the subject of my main work, “Kreousas skugga” (The Shadow of Creusa) from 2006, which discusses and analyzes works by St. Augustine, Lactantius, Macrobius, Boethius, the Bible epic poets and a few other writers from the fourth to sixth centuries A.D.

At present I conduct a research project on high medieval fiction theory, concentrated on the interplay between orality and literacy, style and power, fiction and persuasion: “Fiction and figuration. Studies in high and late medieval literature”. We are four scholars from Sweden and Denmark engaged in analyzing some cases of fictional, figurative and didactic discourse through a few typical genres of medieval literature: fables, epics, lyric poetry, and letter-writing. Finally, I am the Swedish leader of the North European Dante Network, a group of scholars from the Nordic and the Baltic countries, responsible for five Dante conferences between 1999 (Copenhagen) and 2013 (Tartu).