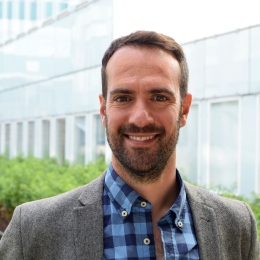 Daniel Ritter (Associate Professor) is a political sociologist specializing in revolutions and social movements. He received his doctoral training at the University of Texas at Austin (PhD awarded in 2010) and has held postdoctoral positions at the European University Institute in Florence and at Stockholm University. Prior to returning to SU in 2016, he was Assistant Professor of Politics and International Relations at the University of Nottingham. He is the author of The Iron Cage of Liberalism: International Politics and Unarmed Revolutions in the Middle East and North Africa (Oxford University Press, 2015), Social Movement and Civil War: When Protests for Democratization Fail together with Donatella della Porta, Teije Hidde Donker, Bogumila Hall, and Emin Poljarevic (Routledge,  2018), and On Revolutions: Unruly Politics in the Contemporary World, co-authored with Colin Beck, Mlada Bukovansky, Erica Chenoweth, George Lawson, and Sharon Nepstad (Oxford University Press, 2022). In 2017, Daniel received Stockholm University's "Award for Good Teaching" ("Årets lärare").