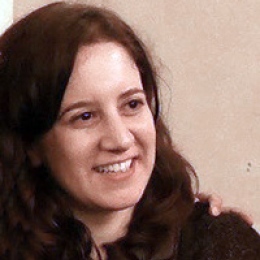 I am Associate Professor of Middle Eastern Studies at Stockholm University, which I joined in 2018-2019.

I worked, as a teacher or a researcher, in Italy, Egypt, France, and Lebanon. I completed a post-doctoral fellowship at the University of Oslo. I am research associate at LARHRA (Laboratoire de Recherche Historique en Rhône-Alpes) and a member of the Swedish Research Institute in Istanbul (SRII).

In 2018, I joined the team of the ERC-DREAM project ("Drafting and enacting revolutions in the Arab Mediterranean, from the 1950s until today"), led by Leyla Dakhli.

I am a translator of Arab world's literature (from Arabic and French) into Italian.

I teach courses on history, societies, and cultures of the Middle East, for BA and MA levels. Since 2018-2019, I have offered the new MA course on "Revolutions in the MENA: Practices and Paradigms".

As a historian, I am interested in cultural productions as sources to explore identity-making in times of social and political turmoil. From this perspective, I studied Alexandrian literary circles between the late 19th century and the first third of the 20th. I aimed to go beyond the cliché of “cosmopolitan Alexandria” to examine a period of conflicting horizons (the end of the Ottoman empire, the British occupation, the rise of Egyptian nationalism).

Since 2011, I applied the same perspective to the present and to popular culture, studying the cultural productions connected with the recent uprisings in the Arab world, with a particular focus on Egypt.

I am currently engaged in a study of Egyptian criminal figures from 1920 until today, to investigate the construction of public morals in its connection with national belonging in times of social and political turmoil.

Show all publications by Elena Chiti at Stockholm University