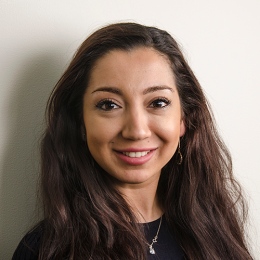 Hevi Dawody Nylén, PhD candidate in International law at Stockholm University. She has previously worked as a decision-maker and expert in exclusion cases at the Swedish Migration Agency. Hevi is currently working on her PhD project which focuses on Article 1F of the 1950 Refugee Convention, known as the ‘exclusion clause’, in relation to acts of terrorism.

Even though ‘terrorism’ is not explicitly referred in the exclusion clause, the objectives to recognize act of terrorism as an integral part of the exclusion clause is asserted clearly by the international community. It is therefore possible to exclude asylum seekers from international refugee protection due to terrorism in absence of a universal definition of the term ‘terrorism’. The focus on international terrorism and national security has created an environment in which States establishes more resources for protecting the civilian population and its national borders. With no universal definition of terrorism, one hypothetical concern is that the exclusion clause becomes open to broader interpretation abused by States to find additional reasons to justify exclusion from refugee protection.