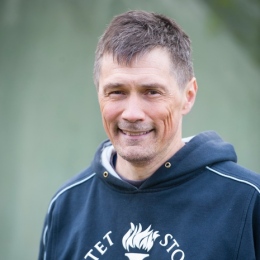 I am a professor of Archaeological Science. My main research interest is on cultures of food and subsistence and how these change over long periods of time. This research has its place in the field of biomolecular archaeology. In combination with conventional archaeological evidence, as well as written sources, I use both molecular and isotopic analyses of food residues found adhering onto and adsorbed into ceramic vessels and anthropogenic soils. The chronology of my research spans from the Late Palaeolithic to the Late Modern era.

After my dissertation in June 2000 I was guestmember-of-staff at the Fossil Fuel and Environmental Geochemistry Newcastle Research Group, University of Newcastle upon Tyne, UK, from November 2000 until March 2001. Since then I have been employed as an externally financed researcher at the Archaeological Research Laboratory and at the Center for the Study of Cultural Evolution, both located at the Department of Archaeology and Classical Studies, Stockholm University. During this time I have been the Principle Investigator of three, and co-applicant in four, externally financed research projects (see below). Since August 2016 I have a permanent position as Lecturer in Archaeological Science at the Archaeological Research Laboratory, Stockholm University, and from October 2016 I am engaged as supervisior within the Marie Skłodowska-Curie European Joint Doctoral Training Site ArchSci 2020.

2007-2010: A Spartan way of life? On the culture of food and subsistence in Bronze Age Sweden. The Swedish Research Council.

2001-2005: By House and Hearth - The chemistry of culture layers as a document of the subsistence of prehistoric man. Co-applicant: Björn Hjulström. The Swedish Research Council.

2008: From Societas Archaeologica Upsaliensis for “his successful, multidisciplinary effort to combine the natural sciences and the humanities, by skillfully and inventively merging his own biomolecular and archaeological analyses and interpretations.”

2001: From Swedish Royal Academy of Letters, History and Antiquities, for “meritorious scientific work (Food and Rank in Early Medieval Time)”.

Show all publications by Sven Isaksson at Stockholm University