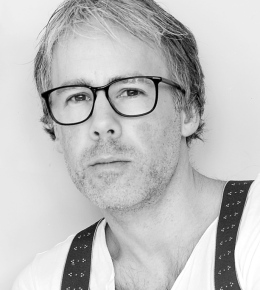 My work concerns, broadly, the historical conditions for knowledge. In my work, I have studied operations that have made it possible to know the natural environment, the population, political sympathies, the past and the future. Such techniques include modeling, linking, reuse, recording and erasing. I have been particularly interested in finding out how cultural techniques such as these have been employed to open or close certain ways of knowing as demonstrated by public discourse, international policiy making, legislation, and scientific practices. Seeking answers to such broad topics I have engaged in the dynamics of modeling, visualization and data gathering practices in the early days of digitalization, the role of magnetic media in Islamic revolution, the emergence of "raw data" as a form of capital in the 1970s welfare state, data recycling as the birth of a non-erasure archival paradigm, to name a few undertakings.

I'm an editor for Sensorium, a peer-reviewed academic journal based at Linköping University devoted to philosophies, histories and imaginaries of media, art and literature.

I teach the following classes:

"Critique of Technology in the History of Ideas", undergraduate level

"Radiation: Apocalypse, Infrastructure, Temporality" as part of class The History of Death and Dying, undergraduate level

"Cultures of Prediction At the Dawn of Enduring Societal Crisis" as part of the class The History of Futures Studies, undergraduate level

On the 28th of May 2021 I successfully defended my doctoral disseratation, which in Sweden is a public event:

Cycles of data. Environment, Population, Administration and the Cultural Techniques of Early Digitalization.

The interrogation was performed by Professor Anders Ekström of Uppsala University. Members of the examining committee were Professor Sverker Sörlin of the Royal Instutite of Technology (KTH), Professor Anna Dahlgren of Stockholm University, Professor Pelle Snickars of Umeå University and Professor Anne Kaun of Södertörn University.

The full thesis (which includes an English Summary) can be downloaded open access. Please click here for an abstract and a link to the PDF.

Show all publications by Johan Fredrikzon at Stockholm University