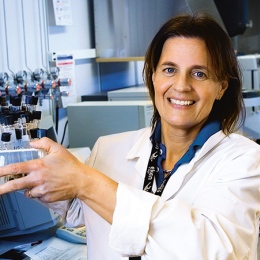 My research career has been characterised by inter- and cross-disciplinary research, rooted in my background in both biology and archaeology. Above all, I am an innovator, having initiated and introduced both new methods and new fields of research [e.g. 1, 4, 5, 6], a mentor, demonstrated by the training and advancement of young researchers, and a strategist, as shown in my engagement in the policy for research, my being appointed Head of Dept for more than a decade, and my successful attraction of major grants, in total >13,000,000 Euro from different international and national funding agencies.

My vision of sound leadership is to act, but not necessarily to be seen. During the past decade, I have been a successful leader by co-operatively working to create four strategic research platforms (I–IV), enabling young researchers to develop their own research interests to become excellent and independent researchers. These platforms have worked as stepping stones for young scholars/students joining my laboratory.

- a multi-isotopic approach to the Neolithization in coastal areas. World

introductions of the mountain hare (Lepus timidus) on a remote island,

of individuals with mixed diets from northern Sweden. Radiocarbon

Intra‐ and inter‐ tooth variation in strontium isotope ratios from

Mobility of nomads in Central Asia: Chronology and 87Sr/86Sr isotope

evidence from the Pazyryk barrows of Northern Altai, Russia Journal of

2021. Reconstructing the ecological history of the extinct harp seal

mobility, and health in a 17th and 18th Century arctic mining population

year history of presence and absence. The Holocene. DOI: 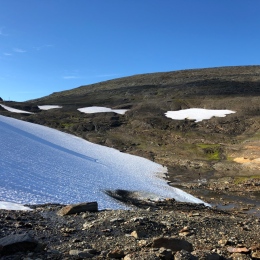 Show all publications by Kerstin Lidén at Stockholm University