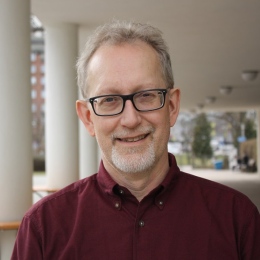 Since 2001 I am Professor of Health Equity Studies, and I have conducted research on welfare, ageing and inequalities in health for more than 25 years. I have held leading roles in a number of European and Nordic research collaborations, and currently I am responsible for the Swedish part in two Nordic collaborative projects funded by NordForsk (C-LIFE and WELLIFE). In addition, I run a project on mechanisms behind increasing inequalities in health funded by The Marianne and Marcus Wallenberg Foundation. Previously I was the Director for CHESS.

I have also made considerable efforts to develop advice and recommendations for policy on basis of current research. This strand of work has included commissioned work for the WHO Commission on Social Determinants of Health, chairing a Task Group in the Review of Health Inequalities and the Health Divide in the WHO European Region, and work in advisory boards in Norway and Sweden. Recently I was appointed by the Swedish Government to chair the Swedish Commission for Equity in Health between 2015 and 2017. On basis of a broad welfare policy approach, the Commission has proposed a series of measures that would contribute to closing the health gaps in Sweden.

Show all publications by Olle Lundberg at Stockholm University