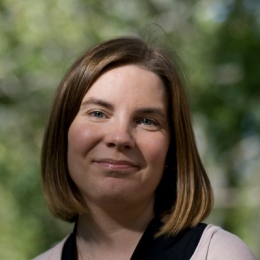 In my research I use genomic data and methods to study classic evolutionary questions, often regarding the genetic causes and genomic consequences of plant mating system shifts. A population geneticist by training, I am especially interested in how selection affects different classes of sites across plant genomes. I am also very interested in the evolution of loci under balancing selection, and several of my past and ongoing project grants concern mating system supergenes and self-incompatibility loci (see CV).

I have worked extensively on the crucifer genus Capsella, but am now also conducting evolutionary genomic studies in a range of other systems, including the alpine rock-cress Arabis alpina and wild Linum species.

I received my PhD from Uppsala University in 2007 with Martin Lascoux as supervisor. As a post-doctoral fellow with Stephen Wright, I worked on inference of demographic history and mating system evolution. As an Assistant Professor at Uppsala University, I started my own group working on plant evolutionary genomics. In April 2014 I took up a position as Associate Senior Lecturer and SciLifeLab fellow at Stockholm University and SciLifeLab. I became docent in Ecological Genomics at Stockholm University in 2016 and Associate Professor in 2018. Since 2021 I am subject representative for the PhD programme in Ecology and Evolution at the Department of Ecology, Environment and Plant Sciences.

We use genomic tools to test evolutionary theory. Our research is centered on the genetic basis and genomic consequences of plant mating system variation. You can find more information on our ongoing projects here.