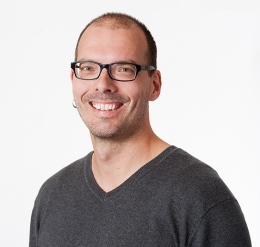 Tommy Jensen holds a PhD (2004, Umeå University) and is professor in management and organization theory at Stockholm Business School. I teach in organization theory, ethics, and sustainable development and method. Currently I am working on two projects: "Capitalism, inequality and nature", and "Racism and the labour market". The project "Organizing Rocks" is closing during fall 2021.

His research focus is on the intersection between private and public spheres and the social and environmental dilemmas that this intersection gives rise to. On a more detailed level two questions are central: How globalization changes the power relations for organizations and how globalization brings with it new dimensions of responsibility. Tommy has written extensively about the two questions above and central to central to Tommy’s reading, thinking and writing is the areas of organisation theory, sociology and moral philosophy.

Tommy’s current project is Organizing rocks (together with professor Johan Sandström, Luleå University of Technology, Sweden). Organizing rocks is a research project about power relations and labour processes in the mining industry. It is based on the idea that something seemingly very stable and territorial – a mine – is becoming much more global, fluid and deterritorialized than we might expect. This project aims to describe these changes and analyze them in terms of changing power relations in the labour processes. Two cases are in focus, the Kirunavaara iron ore mine in Sweden and the McArthur River uranium mine in Canada. The project is financed by FORTE, the Swedish Research Council for Health, Working Life and Welfare, and runs between 2015-2017.

Organizing Rocks: A mobile ethnology of power relations in the labor process

Today, there are 16 mines in Sweden, producing more than 70 million tons ore every year. By 2030, the Swedish government estimates that there will be about 50 mines producing well over 120 million tons.