Your sense of smell can predict risk of death

A decreased sense of smell is correlated with an increased risk of death, a new psychology study from Stockholm University shows. The connection is independent from other health variables like age, gender and dementia. 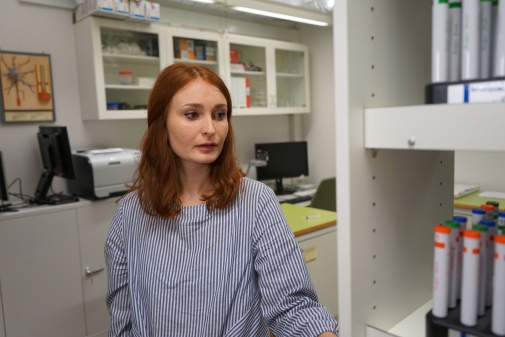 "Many older people have poor senses of smell and that's nothing unusual. What's interesting about this study is that, even after accounting for age, the connection between decreased sense of smell and increased mortality remains," say Ingrid Ekström, doctoral student at the Department of Psychology where the study was conducted.

Ingrid Ekström used data from the Betula project, a study of aging that's been going on for over 25 years in Umeå. The study includes 1774 people between ages 40 and 90 who are monitored for 10 years, and their senses of smell are checked at regular intervals. The researchers checked which subjects died during the study and cross-referenced the acuity of their nose. The people with poor senses of smell were overrepresented in the group that died, even when the researchers adjusted for other factors like age, sex, cognitive functioning and other health issues. The research even corrected for the fact that the development of dementia results in decreased smell as well as a higher risk of death.

It's not simple to explain the connection between not being able to smell and dying. It could be that a people who can't smell often lose their appetite and their desire to eat because nothing tastes good anymore.

"It's known that older people don't eat like they should when they lose their appetite. And it's important to eat healthy as we age. But another possible reason is that the sense of smell in the brain is fragile. Maintaining a good sense of smell requires new nerve cells, and it's logical that many kinds of sickness could alter this process. So, it's also possible that the sense of smell acts as a reflection of overall health," says Ingrid Ekström.

"It's important to say that older people who have decreased senses of smell shouldn't immediately be worried that it's serious," says Ingrid Ekström. However, it's good to heed the signals and contact a nutritionist to be certain that you're eating right. One hope for this research is that it can be used to improve health check-ups for the elderly.

The study was published by the Journal of the American Geriatrics Society as part of the six-year research project entitled "Our unique sense of smell, " which was sponsored by the Swedish Foundation for Humanities and Social Sciences.