Sperm size varies dramatically among different animal species. But why is sperm size so variable when they share the same job – to fertilize eggs? In a new article published in Nature Ecology and Evolution, researchers from Stockholm University show that animal sperm evolution become supercharged only when sperm swim inside females.

Sperm are the most variable cell type known, ranging in size from 0.002 millimeters in a freshwater rotifer to nearly 6 centimeters in a fruit fly. Explaining why sperm are so variable has been a major focus in evolutionary biology over the last 100 years because sperm, no matter from what organism, always have the same function: to fertilize eggs. 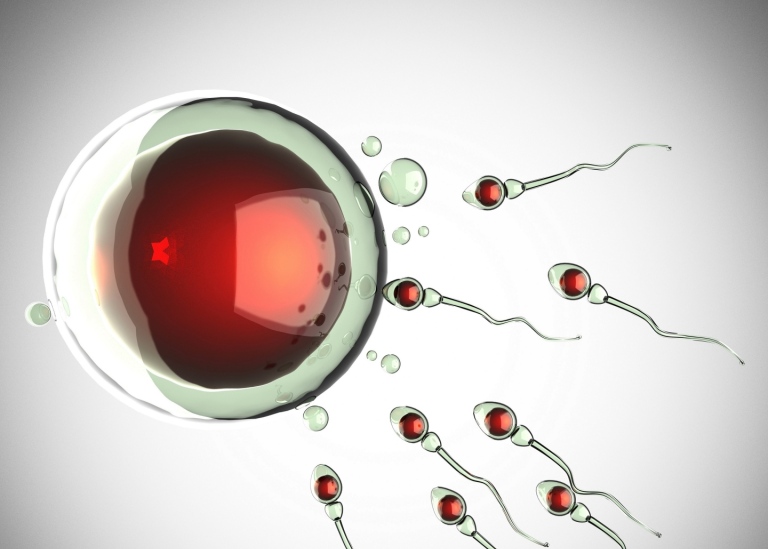 Researchers usually try to explain sperm diversity by focusing on how sperm compete to fertilize eggs or how females choose which sperm fertilize their eggs”, says Ariel Kahrl, a researcher in the Department of Zoology at Stockholm University. “But it turns out that there is a missing piece of the puzzle – the location where sperm and eggs meet can also influence sperm size”.

To examine how the location of fertilization influences sperm evolution, the researchers compiled data on sperm size from more than 3,200 animal species – ranging from corals to mammals, including humans – and classified each species based on where sperm and eggs meet.

“When sperm are released externally, selection keeps sperm size small to allow males to produce a lot of sperm”, says Rhonda Snook, a professor in Zoology and an author of the paper. “But when sperm are transferred to the females in internal fertilizers, males may compete better with bigger sperm and females may prefer to fertilize eggs with bigger sperm”.

The researchers also examined a third form of fertilization found in invertebrates called spermcasting, where sperm are released externally and then filtered out of the water by females where they then fertilize eggs inside the female.

“Spermcasting represents a mix of internal and external fertilizations, which gave us the opportunity to see what part of the fertilization process influenced sperm evolution”, says John Fitzpatrick, an associate professor in Zoology at Stockholm University and the senior author of the study.

Humans sperm cells are not supersized

Since humans are internal fertilizers, does this mean that men have supersized sperm? It turns out this isn’t the case; human sperm are about the same size as animals that release their sperm into water.

“In animals with large bodies, like humans, sperm are diluted inside the female’s reproductive tract. From the sperm perspective, it doesn’t matter if dilution occurs inside a female or in the ocean – dilution keeps sperm small. It’s only when sperm are confined in small spaces within the female that sperm become supersized”, explains Ariel Kahrl.

The idea that fertilization environment influences how sperm size has been around for more than 60 years. But researchers haven’t been able to test this idea throughout animal evolution. In the article, researchers from Stockholm University compiled the largest database on sperm morphology ever assembled and show that sperm size increases and changes rapidly when sperm operate inside the female’s body.

Publication: The article, “Fertilization mode drives sperm length evolution across the animal tree of life” is under publication in Nature Ecology and Evolution. Link: https://www.nature.com/articles/s41559-021-01488-y

See video about how sperm cell size evolution is affected by fertilization mode: