An international team of scientists from the Department of Environmental Science and the Bolin Centre of Climate Research at Stockholm University, the Swiss Federal Institute of Technology Lausanne (EPFL), and the Paul Scherrer Institute’s Laboratory of Atmospheric Chemistry (PSI), both in Switzerland, has identified iodic acid as a novel driver of new aerosol particle formation in the Arctic during the summer to fall transition. Their findings, which were published in the peer-reviewed journal Nature Communications, provide greater insights into the processes that govern cloud formation in the Arctic. 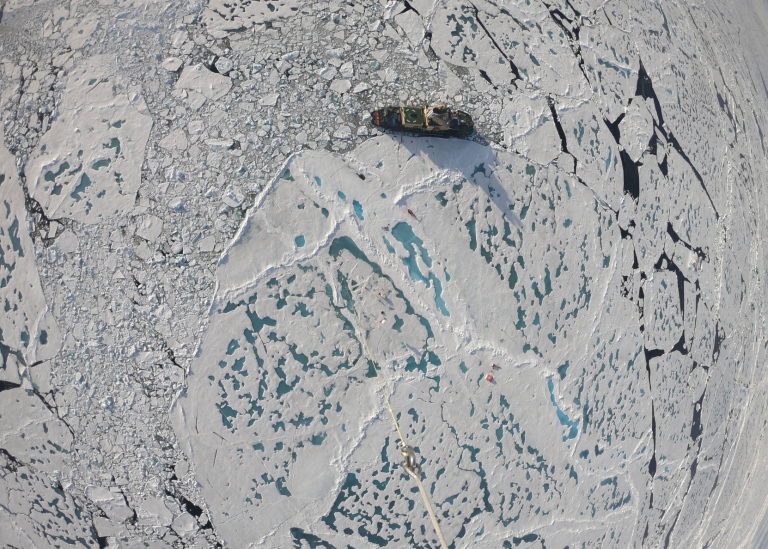 The Arctic is warming two to three times faster than the rest of the planet. Clouds play an important role by reflecting the Sun’s radiation back into space or by trapping heat close to the Earth’s surface like a blanket, known as cloud radiative effects, that could either cool or warm the planet.

Paul Zieger, Assistant Professor at the Department of Environmental Science and the Bolin Centre for Climate Research, along with his colleagues from Switzerland, spent several weeks collecting data near the North Pole in August and September 2018, as part of the US-Swedish expedition Arctic Ocean 2018 on board the Swedish icebreaker Oden. The scientists measured the chemical and physical properties of atmospheric molecules, aerosols, and low-level clouds to better understand the conditions leading to cloud formation.

How aerosols are formed in the Arctic

“One of our objectives was to investigate how new aerosol particles could form in the Arctic atmosphere,” says Andrea Baccarini, a PhD student at PSI and now scientific collaborator in the extreme Environments research Laboratory at EPFL. “Under the right conditions, gas molecules condense together into small clusters that can grow, eventually forming aerosols.” If these aerosols grow even just a small amount larger, they can function as cloud condensation nuclei, which are essential for cloud formation.

In the Arctic summer and fall, the concentration of aerosols is extremely low. The contribution of newly formed aerosols can be extremely important since even a small change in aerosol concentration in the high Arctic can have a strong impact on cloud formation- or radiative properties. In addition, it is also still not clear how important local aerosol processes are for cloud formation compared to regional processes or long-range transport, for example. 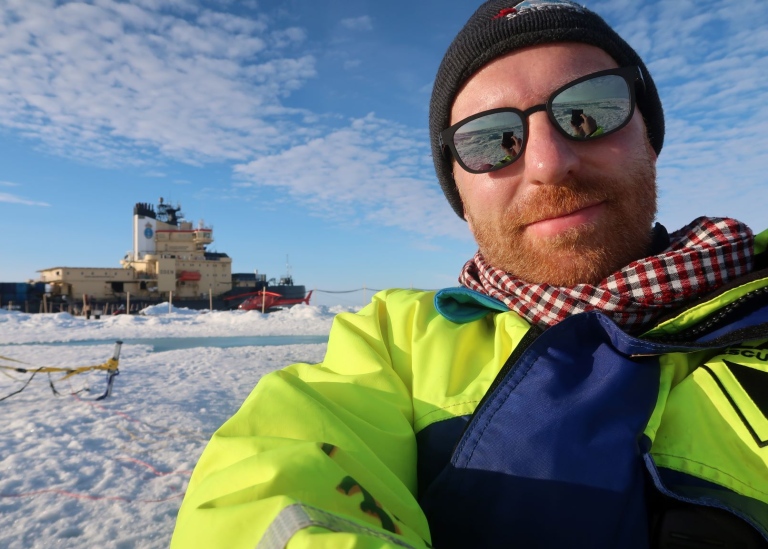 “With this expedition, we could investigate the exact sources of aerosol particles that are needed to form clouds at the North Pole,” adds Paul Zieger who led the research project on aerosol-cloud interaction of the 2018 expedition.

The research team found that iodic acid, a chemical compound which had not previously been observed in the region, triggers the formation of new aerosols between late summer and early fall.
Iodic acid is formed when oxygen atoms bind to iodine molecules, a process known as oxidation. Some studies have shown that tiny algae below sea ice produce iodine that is then transported via brine channels or cracks to the atmosphere. In addition, a higher ozone concentration in the atmosphere has been found to facilitate the emission of iodine from seawater and frozen saline surfaces.

“There is less ice in the Arctic at the end of the summer, a lot of open water and the concentration of iodic acid is very low at that point,” says Julia Schmale, Assistant Professor at EPFL. “Towards the end of August, the temperature drops and the water starts refreezing, marking the beginning of the so-called freeze-up period. This is when the iodic acid concentration sharply increases leading to frequent new aerosol particle formation events.’’ 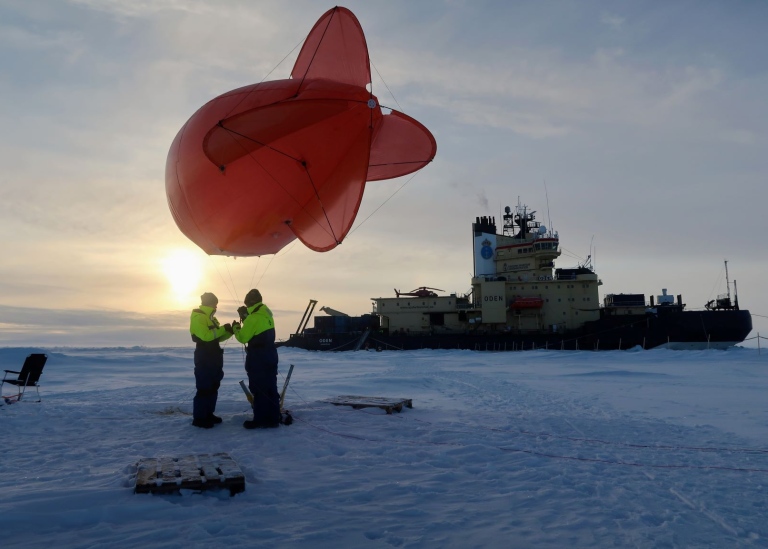 Scientists working on the ice in the North Pole during expedition Arctic Ocean 2018. Credit: Paul Zieger, Department of Environmental Science

The team developed a simple model to explain the variability of iodic acid in the atmosphere, which largely depends on local meteorological conditions. They were also able to describe the full chain of events that leads all the way from new particle formation to clouds, from the gas molecule that initially creates a particle to the formation of cloud condensation nuclei.

“Observing and describing this process under real-world conditions was an extremely rare opportunity,” points out Schmale.

“It was a surprising finding that iodine emissions drive new particle formation over the pack-ice during this period of the year. With this work we hope to get a step closer towards solving the puzzle of Arctic aerosols and clouds,” says Zieger.