The effects of the endocrine disruptor linuron on frogs are not limited to those exposed, but are passed on to their offspring and grand-offspring. First generation offspring have reduced body weight and decreased fertility, while second generation offspring have increased body weight and a disrupted metabolism. This is demonstrated by a new study conducted by researchers at Uppsala University and Stockholm University that has now been published in the journal Science of the Total Environment. 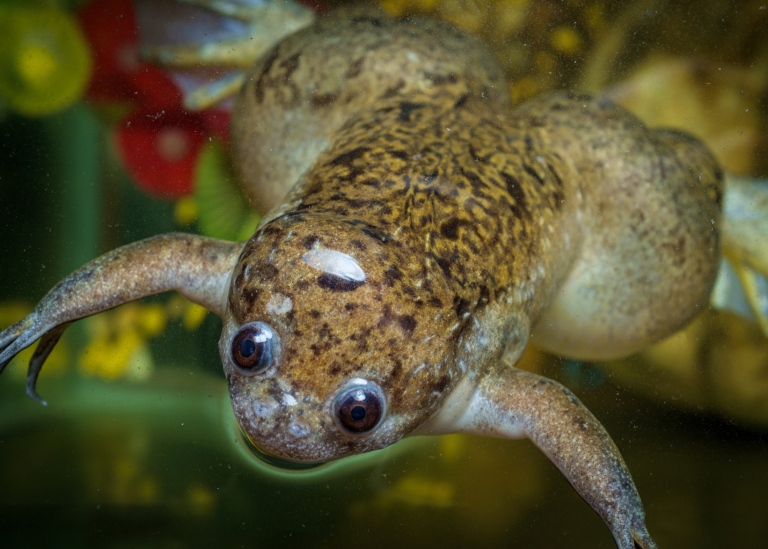 “This is the first time that anyone has been able to demonstrate that pesticides can cause effects that are passed on to several generations of frogs. This knowledge is important for understanding the environmental impact of endocrine disrupting chemicals, which is in turn necessary for maintaining biodiversity,” says Oskar Karlsson, associate professor of toxicology at Stockholm University’s Department of Environmental Science.

Almost half of all species of amphibians, of which frogs are a significant part, are threatened by extinction, with environmental toxins a contributory factor. It has, for example, been demonstrated that endocrine disrupting pesticides such as linuron damage the reproductive capacity of amphibians. The extent of this damage and whether it can be passed down the generations is as yet not fully understood.

Researchers at Uppsala University and Stockholm University have studied the multigenerational effects of the endocrine disrupting pesticide linuron on frogs.

The researchers observed that the first generation of offspring had reduced body weight, decreased fertility and signs of endocrine system disruption compared to the control group.

The next generation – i.e., the grand-offspring of the exposed frogs – had increased body weight and disruption to the metabolism of fats and carbohydrates compared to the control group.

“The likely explanation is that the pesticide inhibits the function of testosterone and thyroid hormones in the body and that these changes are then passed on to future generations via sperm and epigenetic mechanisms. This leads to hereditary changes in gene regulation in the offspring,” explains Berg.

Frogs as a model organism

The three-year study was conducted at the Division of Environmental Toxicology at Uppsala University, one of the few laboratories in the world conducting lifecycle studies on frogs. By using the western clawed frog as a model organism, Berg’s research group has developed a test system for studying how chemicals affect the reproductive system.

“The results show that animals injured by environmentally hazardous substances may pass on these effects to future generations, which demonstrates the complex role of environmental toxins in species extinction, especially frogs,” says Cecilia Berg, associate professor of ecotoxicology at Uppsala University’s Department of Organismal Biology and one of the authors of the article.

Research on epigenetic inheritance in humans

The study is part of Oskar Karlsson's research on epigenetic changes over generations, with a special focus on heredity from the father. His research also examines how humans inherit effects of environmental toxins. Read more about these studies.

The article Pesticide-induced multigenerational effects on amphibian reproduction and metabolism is published in the scientific journal Science of the Total Environment.