Beatriz Villarroel at Nordita is one of two researchers to receive this year’s L’Oréal-Unesco For Women in Science Prize in Sweden. She has initiated an astronomy project with citizen science to identify missing light sources in the night sky. 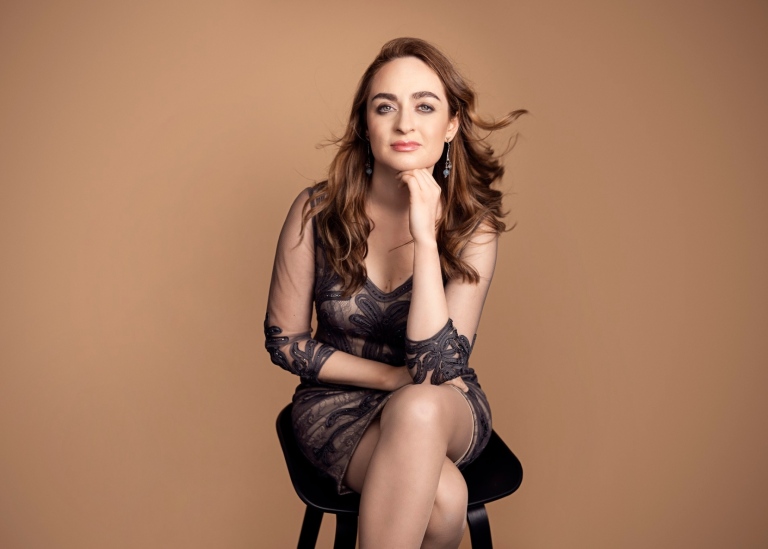 Beatriz Villarroel at Nordita and at IAC Tenerife receives this year’s L’Oréal-Unesco For Women in Science Prize. The prize, presented at a ceremony on March 8, aims to highlight promising women at the beginning of their research careers in science, technology and mathematics and create role models for future generations.
Beatriz Villarroel is a researcher at the Nordic Institute for Theoretical Physics, Nordita, an institute hosted jointly by Stockholm University and KTH Royal Institute of Technology. Her research focuses on the surroundings around supermassive black holes, so-called active galaxy cores, and she conducts the project Vanishing & Appearing Sources during a Century of Observations (VASCO) where researchers look for astronomical objects that have disappeared completely from our night sky.
She is awarded “for her unique ability to link astronomy, artificial intelligence and citizen science to identify missing light sources in the night sky”.
The motivation for the prize also states that her groundbreaking research in the future could “lead to a wide range of discoveries, from stars collapsing directly to black holes – so-called failed supernovae, to possible signs of intelligent life in the universe.”
“Many modern mapping projects in astronomy focus on objects that suddenly appear or flash in the sky. Much less focus has been given to objects that disappear, because it has simply been assumed that nothing can disappear. But what if it can, and what would it mean”, says Beatriz Villarroel.

According to her, the research could lead to discoveries of new physical phenomena, including “failed supernovae”, where a star can collapse directly into a black hole.
“You can also discover some unusual stars or active galaxy cores. In addition, disappearing stars may be a sign of extraterrestrial technology”, she says.
The VASCO project uses citizen science to help examine images of 150,000 light sources in space.
“Such a project helps to investigate the objects, while we can implement VASCO in teaching and in various activities for amateur astronomers.”
Scientifically, she hopes to find a star in an image that was seen many times in the 1950s and has not been seen a single time the last decade, not even with the largest telescopes.
“I also hope that the project will be an entrance to astronomical research for people in poor countries who dream of participating in the search for extraterrestrial intelligence.”
What does the prize mean to you?
“It is an incredible honor and a wonderful opportunity for us to make progress by, among other things, reaching out to more people through citizen science. The prize is an important recognition for the project. I am incredibly grateful for the prize and send a warm thank you to my colleagues and friends at VASCO, who make the project possible.”

The other researcher to be awarded 2021 is Mariana Dalarsson, assistant professor of electrical engineering at the KTH Royal Institute of Technology.

The International Prize was established by the L’Oréal Foundation and Unesco in 1998 to promote women’s participation in research. Since its inception, the award has attracted the attention of more than 2,000 female researchers worldwide.
The L’Oréal-Unesco For Women in Science Prize in Sweden is awarded in collaboration between L’Oréal Sweden, the Swedish UNESCO Council and the Young Academy of Sweden. The Young Academy of Sweden is responsible for the scientific assessment.
The prize is SEK 150,000 per person and the prize winners will also be invited to a one-year mentoring program organized by the Young Academy of Sweden.
Beatriz Villarroel is the second researcher with connections to Nordita to receive the award. In 2016, Annica Black-Schaffer, professor of physics at Uppsala University, was one of the winners. She did her postdoc at Nordita and is currently a board member of Nordita.