The research project Language contact and relatedness in the Hindu Kush region has been carried out in the period 2015—2020. The project systematically compared languages spoken in this distinctive and linguistically diverse region. One tangible outcome of the project is the online database Hindu Kush Areal Typology. 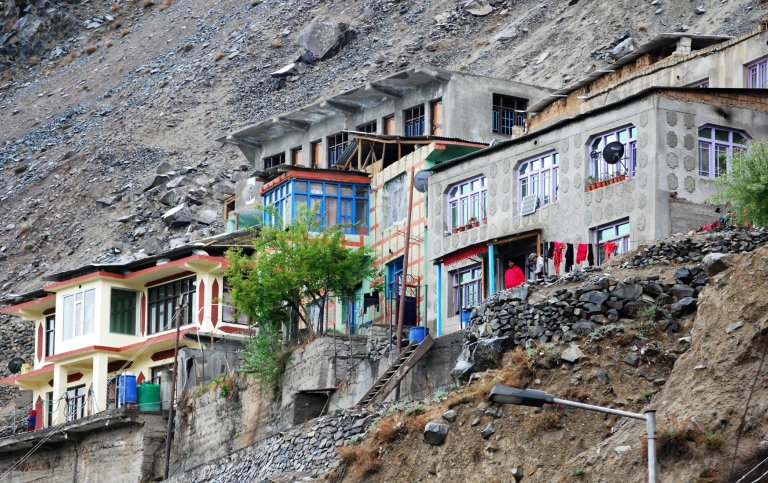 Hindu Kush (northeastern Afghanistan, northern Pakistan, and Indian Kashmir) is a distinctive region with large elevation differences and some of the world's by far highest mountain peaks. The languages belong to six linguistic phyla (or families): Indo-Aryan, Iranian, Nuristani, Sino-Tibetan, Turkic and the language isolate Burushaski.

The research project Language contact and relatedness in the Hindukush region systematically compared the languages spoken in the region, with the aim of finding out how similar or different these languages are in their structures (grammar, sound systems, etc.). The focus has been to investigate whether there is evidence that the languages have gradually become more similar due to contacts between geographically related speaker groups, and at the same time have become more different from their closest linguistic relatives outside the region, or if, for example, the physical environment has favoured isolation and conservation, or even the development of unusual linguistic properties. Henrik Liljegren has been the principal investigator for the project.

The following conclusions can be drawn from the completed project:

In addition to direct research results, the interaction with native speakers, several of whom are language activists, has encouraged and contributed to the documentation of low-resource and endangered languages in the region. 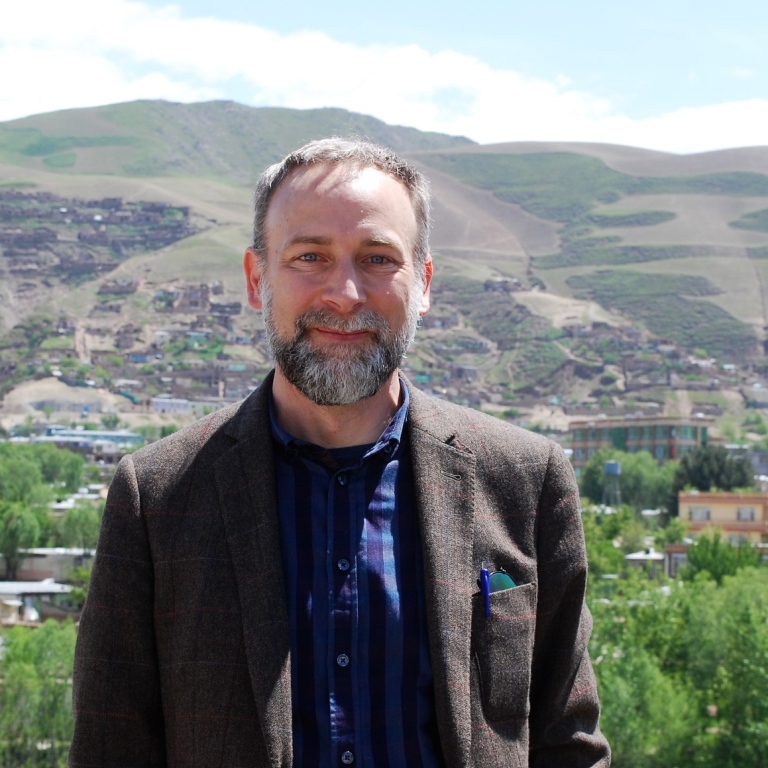 More about the project

Language contact and relatedness in the Hindukush region, with Henrik Liljegren as its principal investigator, has been carried out in the period 2015—2020. This is now completed, and a final report has been submitted to the project funder Vetenskapsrådet, the Swedish Research Council(421-2014-631).

How the study was conducted

79 speakers from 59 languages were recruited to participate in the study. In collaboration with three institutions in the region, interactive 4-5 days’ workshops were arranged, with speakers of 5-10 languages at a time. Audio and video recordings were made of wordlists, one longer questionnaire, a text translated from a major language (Urdu, Dari, Pashto), and a couple of experimental/interactive elicitation sessions. The material was transcribed and processed to categorize and analyse the languages based on 80 structural properties within five domains: phonology (its sound system), lexical organization, word order, grammatical categories and sentence structure. A comparative basic wordlist was also established for the purpose of confirming or revising previously proposed classification.

One tangible outcome of the project is the online database Hindu Kush Areal Typology. It has been established to make processed project data and analysis available in the form of wordlists with linked audio files, descriptions of 80 structural linguistic features and their distributions displayed in tables and interactive maps. The design, which allows for regular instalments in the future, is a collaborative effort carried out with the Max Planck Institute for the Science of Human History in Jena, within the framework Cross-Linguistic Linked Data (CLLD).

The database is now openly available: 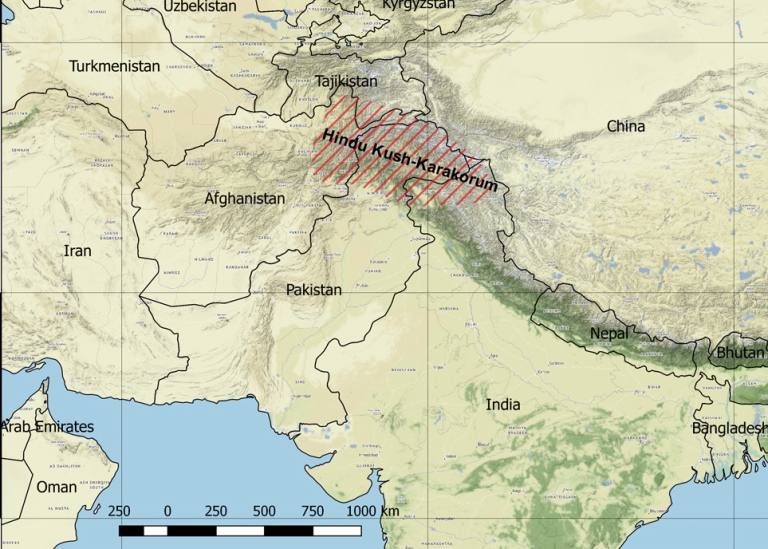 Map over the Hindu Kush-Karakorum, target area of the project.