Barry Brown is a professor of Human Computer Interaction at Stockholm University, where he runs the post-interaction research group.  Barry’s work combines computer science and social sciences, aiming to study and design technology for work and leisure settings.  His most recent research used video methods to study mobile technology in detail, looking at mobile phones use, smartwatch use, and drivers interactions with self driving cars. He currently has two new projects looking at “implicit interaction”, and critical approaches to security and the Internet of Things.  MIT Press recently published his book “Enjoying Machines” (2015), and Sage his edited book “The SAGE handbook of digital technology research” (2013).

While there has been fast and rapid progress in terms of the development of self driving vehicles, these new technologies have also been controversially involved in a number of fatal accidents. This project studies the “social order” of traffic. What happens when artificial and human intelligence meet on the road? 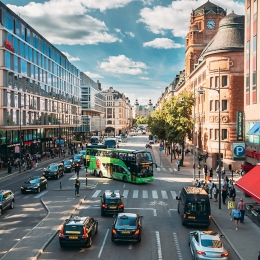 Show all publications by Barry Brown at Stockholm University