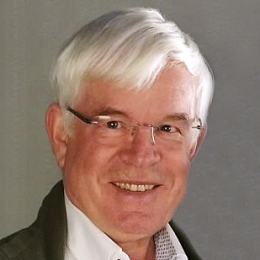 Enzymes: from the test tube into the cell

(Supported by the Swedish Research Council)

Enzymology is a cornerstone in the molecular life sciences. Rates and specificities of chemical reactions in cells as well as cellular signaling are governed by enzymes. Besides providing fundamental understanding of the dynamics of life processes, enzymology has essential applications in drug discovery and biotechnology. In addition, it is becoming increasingly evident that enzymes are integral components of more wide-ranging molecular interactions such that the study of enzyme functions has to be extended into their cellular context. Based on the cutting-edge advances in molecular life sciences, we will move enzyme research from the test tube into the cell. Genes encoding enzymes in different variants will be chemically synthesized, purified enzyme proteins will be produced and inserted directly into cells, or expressed intracellularly from transfected DNA. The projected research encompasses studies at different levels of complexity:

The first level encompasses directed evolution of enzymes for activity against targeted substrates such as environmental contaminants. Included are also studies of the development of drugs that attenuate hormone production.

The second level involves the effects of introducing enzymes into cells studied by both proteomics and transcriptomics. In particular, the modulation of cellular signaling via steroid hormones is addressed.

The third level comprises studies of transgenic fruit flies as well as plants expressing enzymes that confer designated properties to the organism. Acquisition of resistance to natural and synthetic toxic compounds and development of plants for bioremediation are important applications in medicine and biotechnology

Molecular toolbox of therapeutic enzymes for treatment of childhood cancers

We are designing combinations of alternative drug-activating enzymes linked to different tumor-targeting antibodies, which could be expected to give synergy and enhanced therapeutic efficacy in the treatment of leukemia and other malignancies. Human glutathione transferase (GST) enzymes are engineered for increased catalytic activity with a prodrug with the aim of delivering the enzyme selectively to a tumor. Antibodies fused with the GST enzymes will bind to epitopes of the targeted cancer cells, where the accompanying enzyme will exert its drug-activating function. For proof-of-concept our prototype for recombinant GST-antibody proteins is based on high affinity for the epitope CD19, which is overexpressed in malignant tumors of the B-cell lineage, including acute lymphoblastic leukemia (ALL). Our GST-antibody fusion proteins are obtained by chemical synthesis of DNA encoding the desired construct followed by heterologous protein expression and purification. Antibodies by themselves have tumor-killing properties, and the simultaneous prodrug activation by the bound GST is expected to offer synergy and increased tumor cell death. Our novel approach of GST-mediated toxicity directed to CD19-expressing cancer cells synergistically combines the effects of conventional chemotherapy with those of immunotherapy, which will reduce the likelihood of relapse of disease as well as counteract secondary malignancies due to off-target effects. The approach is generic and could be implemented with alternative binding proteins and GSTs with different functionalities, thereby establishing a molecular toolbox for alternative treatments.

Biosynthesis of dendrogenin A, a potent tumor-suppressing cholesterol metabolite

(Supported by the Swedish Cancer Society)

Dendrogenin A (DDA), which serves as a suppressor of oncogenesis and induces re-differentiation of cancer cells in mammalian tissues, is a product of the enzymatic conjugation of 5,6α-epoxy-cholesterol with histamine. The nature of the enzyme is so far unknown, but unpublished data suggest that a glutathione transferase (GST) is the biocatalyst. Based on our GST expertise and our collection of human and other mammalian GST enzymes (Mannervik, 2012) we will investigate the nature of the biocatalyst(s) accountable for DDA formation.

Originally obtained by organic synthesis, dendrogenin A (DDA) is the first “steroidal alkaloid” to be identified in human tissues. DDA is generated from the stereoselective enzymatic conjugation of 5,6α-epoxycholesterol (5,6α-EC) with histamine (HA). By contrast, the stereoisomeric 5,6β-EC is not conjugated.

The overall purpose of the project is to develop the biochemical and biotechnical tools to improve the resistance of cultivated rice to environmental challenges and to herbicides. In this work cutting-edge protein engineering will be established in the Egyptian institution that subsequently can be applied to various areas of biotechnology. From the Swedish side the project presents an opportunity to engage in an application of enzymology to solve societal problems arising in the wake of climate change.

The basis for the present investigation is a family of glutathione transferase (GST) enzymes, in which certain members serve to defend the organism against toxic insults. We propose to identify key protective GST enzymes in rice and improve their useful properties by directed evolution. The final outcome of the work is foreseen to be a basis for breeding or creating improved strains of rice, which can overcome the emerging problems of decreased production and lead to improved yields in Egypt and other countries producing this crop.

Insects are vectors of infectious agents causing devastating diseases that threaten billions of people in >100 countries. The most effective approach to combat mosquito-borne diseases such as malaria, yellow fever, and lymphatic filariasis, is to prevent infections by controlling the vector. Proliferation of mosquitoes is critically dependent on ecdysteroid hormones, and the glutathione transferase (GST) enzyme Nobo was recently found essential to ecdysteroid biosynthesis. Nobo is only present in insects and not in humans and other biological species. From this perspective the enzyme is a perfect new target for preventive interventions. Our project is focused on Nobo in three mosquito vectors of pathogens and the discovery and design of potent and selective enzyme inhibitors for use in combating vector-borne diseases. Specific goals Molecular cloning and functional characterization of the GST enzyme Nobo from Anopheles gambiae, Aedes aegypti, and Culex quinquefasciatus, prominent mosquito vectors in the etiology of malaria, yellow fever, and lymphatic filariasis, respectively. Studies of the enzyme mechanism and structure determinations will enabling development of leads and further optimization of Nobo inhibitors. Development of assay for large-scale screening of inhibition and its application to chemical libraries. Assay of Nobo inhibitors on viability of mosquito larvae and fecundity of imagoes. Assess the absence of effects on human GSTs causing collateral toxicity to humans.

Show all publications by Bengt Mannervik at Stockholm University