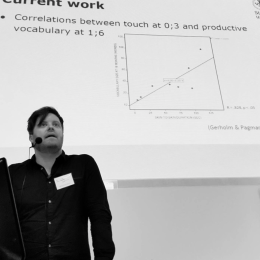 David is a PhD-student, working within the field of first language aqcuisition. His main interests are pragmatic development and the philosophy of language.

Show all publications by David Pagmar at Stockholm University