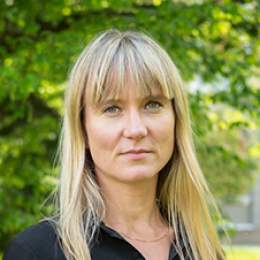 My main field of research is American literature and culture from the Second World War to the present. I’m also engaging with a broad spectrum of critical theory and with the philosophy of Gilles Deleuze. Recurring topics throughout my research include sexuality and gender, narrative structures, temporality, politics, and the relation between visual and verbal representation.

I have recently finished a research project entitled “In and Out of Control: Cultural Critique in the Contemporary West,” which was funded by The Swedish Research Council and explores how the cultural arena, as a sphere where political structures and values have been reflected, conveyed and questioned, is implicated in contemporary political structures. Central publications from this project are the monograph Culture Control Critique: Allegories of Reading the Present (2016) and the edited volume Control Culture: Foucault and Deleuze after Discipline (2018).

I am principal investigator of an international network entitled “Cultures of Control.” The network has received funding from The Swedish Foundation for Humanities and Social Sciences (Riksbankens Jubileumsfond) for Dialogues on Cultures of Control which has brought a number of scholars to Stockholm University for open dialogues as well as closed workshops. I was also site chair for the SLSAeu (European Society of Literature, Science and the Arts) conference on the topic “Control," which took place in Stockholm in June 2016.

My current project, “Paranoia and Post-Truth Politics: Negotiating Selves and Systems in U.S. Literature after 1950” is also funded by The Swedish Research Council.

Between Desire and Pleasure: A Deleuzian Theory of Sexuality. Edinburgh: Edinburgh UP, 2013. https://edinburghuniversitypress.com/book-between-desire-and-pleasure.html

New Directions in Philosophy and Literature. Co-edited with Ridvan Askin and David Rudrum. Edinburgh: Edinburgh UP, 2019.

“We’ve been Paranoid Too Long to Stop Now,” with Charlie Blake, New Directions in Philosophy and Literature. Co-edited with Ridvan Askin and David Rudrum. Edinburgh: Edinburgh UP, 2019.

“Hearing Voices: Schizoanalysis and the Voice as Image in the Cinema of David Lynch,” Psychoanalyzing Cinema: A Productive Encounter of Lacan, Deleuze, and Žižek, Ed. Jan Jagodzinski, Palgrave, 2012.

“What is Sex? An Introduction to the Sexual Philosophy of Gilles Deleuze.” Deleuze and Sex. Ed. Frida Beckman. Edinburgh: Edinburgh UP, 2011. 29

“Ambivalent Screens: Quentin Tarantino and the Power of Vision,” Film-Philosophy, 2015.

“Visions of Cruelty: Sexuality, Gender, and Inscriptions of Self.” (co-authored with Charlie Blake) Angelaki: Journal of the Theoretical Humanities (Routledge). 15.1 (April 2010). 18 pages.

“The Idiocy of the Event: Between Antonin Artaud, Kathy Acker and Gilles Deleuze.” Deleuze Studies 3:1 (Edinburgh UP) June 2009.