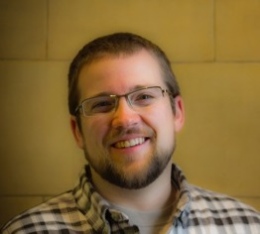 How do proteins fold biologically?

For nearly as long as scientists have had access to protein structure we have understood that the primary amino acid sequence is what determines that protein's native structure and consequently its function (Anfinsen's dogma). However, studying how a protein folds into its native conformation has classically been done in vitro with purified proteins. This has provided a wealth of valuable data on the biochemical and biophysical properties of proteins and how the primary sequence contributes to their folding. Nonetheless, this is not how proteins fold in vivo. They are produced by a ribosome where even during translation (cotranslationally) they may begin to fold. There is now significant evidence that protein folding on the ribosome can differ significantly from the folding of full-length proteins in solution. By using so-called force-sensitive translational arrest peptides we study protein folding cotranslationally by indirectly observing forces acting on the nascent chain during translation. This method is a cost-effective biochemical method that is even accessible in vivo and yields comparable results to more labour and cost intensive biophysical cotranslational measurements.

How are large bioenergetic protein complexes assembled and function?

Complex I is the first enzyme complex in the electron transport chain that generates energy in living cells. It is an incredibly efficient machine that couples NADH reduction to the pumping of protons and the generation of a proton gradient that is used for ATP synthesis. The molecular details of how protein pumping is activated by the electron transfer from NADH to conenzyme Q are still unclear. By combining "top-down" and "bottom-up" approaches in both the wet lab and via molecular simulation, we hope to dissect these details and ultimately learn how they can be applied to make synthetic molecular machines more efficient.

Show all publications by Grant Kemp at Stockholm University