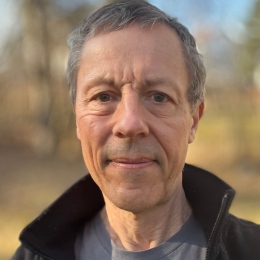 PhD in Theoretical Physics, the Royal Institute of Technology, Stockholm, 1980.

Director of the Center for Biomembrane Research, March 2006 – December 2015

Membrane proteins serve a number of very important functions in both prokaryotic and eukaryotic cells. They are built according to structural principles different from those of globular proteins. A full understanding of membrane proteins requires a conceptual framework where processes of protein translocation across membranes and the physical chemistry of lipid-protein interactions play major roles.

The great majority of integral membrane proteins are cotranslationally inserted in the inner bacterial membrane or the eukaryotic endoplasmic reticulum membrane with the aid of the SecYEG translocon in bacteria or the homologous Sec61 translocon in eukaryotes.

Structure and function of membrane proteins

Proteins consist of long chains of amino acids, strands that are built in the protein factories of the cell, namely the ribosomes. The order in which the amino acids are located in the chain is determined by the DNA of the organism in question. Then, as the amino acid chain is folded, the protein assumes the determined function.