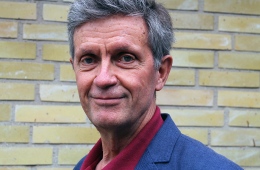 Åke Sandberg is professor at the Department of Sociology, Stockholm University, from 2010 emeritus professor. Formerly at the Natioal Defence Research Institute (FOA), National Institute for Working Life (NIWL) and the Royal Institute of Technology (KTH) at the Department of Computer Science and Communication, and Department of Industrial Management.
He holds and MBA from tje Gothenburg School of Economics, and a PhD in sociology after studying sociology in Stockhom and Uppsala and industrial management at KTH.

Åke Sandberg's main areas of interest are work, organisation, management, digitalization, labour processes and employment relations. Key aspects and values are participation, job quality and productivity. Presently he is doing research on work in the digital gig and platform economy and on transformations of the “Nordic model”, on migration in a local context, and he is considering a study of football as work. See also Åke Sandberg’s personal homepage.

Show all publications by Åke Sandberg at Stockholm University