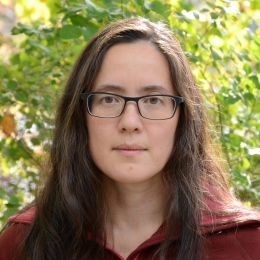 I am an evolutionary biologist and gender researcher (Associate Professor in Gender Studies). Since I received my PhD in Zoology, Stockholm University, I have worked with interdisciplinary gender/biology research in different ways, by problematizing notions of biological sex as binary and stable, highlighting gender stereotypes and heteronormative conceptions in theory and research, as well as studied the development of sexual selection research.

An earlier project “The ‘Female Turn’ in Evolutionary Biology – a science study of shifting canonical knowledge 1980-2000” explores how the international evolutionary research community shifted perceptions of females in evolutionary biology. The project was financed by the Swedish Research Council.

Previously, I have, for example, together with Professor Sören Nylin, Stockholm University, explored the variation in gender and sexuality in different organisms and how it changed over time, and developed a theoretical framework for understanding the biological sex as dynamic and changing over time and in relation to environmental factors.

The Agency for Higher Education and the National Secretariat for Gender Research commissioned me to write the book “Gender Perspectives on Biology”, now used as course literature.

I have written a critical analysis of a highly acclaimed study of sex-differences in toy preferences in vervet monkeys. Another analysis concerns biology textbooks and how they explain animal sexual behavior.

“Toxic sexes-perverting pollution and queering hormone disruption” is an analysis of media coverage of endocrine-disrupting pollutants that I wrote with Eva Hayward, University of Arizona.

In collaboration with Professor Patricia Gowaty, UCLA, I have conducted an overview of variation in mate choice among animals, in relation to new theory of evolution.

I have collaborated with Andrew Barron and Professor Marie Herberstein, Macquarie University, to examine current research on genital evolution showing that this research is still male biased, though the degree of bias depends on which hypothesis as well as which animal group was investigated.

Together with Professor Ingrid Ahnesjö I examined and criticized how the term “sex roles” is used in research on animal behavior, and wrote an article in Tidskrift för genusvetenskap (the Swedish Journal of Gender Studies) about what we can learn from biology research on “sex roles”.

I have strived to be active in both biological and gender research, therefore I have shifted between both biological and gender research departments – the Centre for Gender Research, Uppsala University, Department of Ecology and Evolutionary Biology at the University of California, Los Angeles, Department of Biology, Macquarie University, Australia. I have also held courses on gender/queer perspectives on biology at two universities in Germany, the Centre for gender and future studies, University of Marburg, and at the Department of history, Humboldt Universität zu Berlin.

(many are available for downloading here: https://su-se.academia.edu/MalinAhKing)

Powell, S. & Ah-King, M. 2013. A case study of integrating gender perspectives on teaching and subject content at a natural science university in Sweden. International Journal of Gender, Science and Technology 5 (1): 52-61. 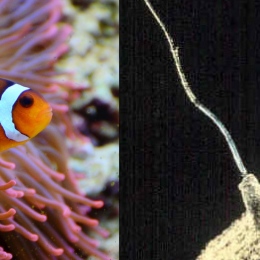 Research at the intersection feminism/biology – an international science study

The project investigates research at the intersection feminism/biology through interviews with researchers in different disciplines and at different places around the world.

The project "The 'Female Turn' in Evolutionary Biology – a science study of shifting canonical knowledge 1980-2000" explores how the international evolutionary research community radically shifted perspectives on the role of females in evolutionary biology. The project aims at understanding why and how perceptions of females changed. 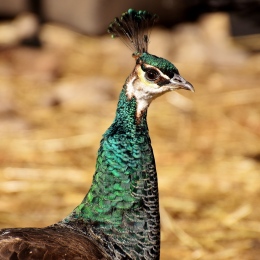