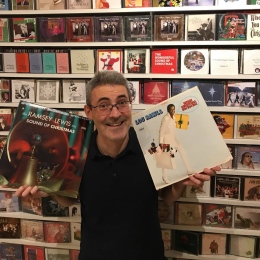 Ullén’s research takes place in the interstices between rhetoric and literary studies. Regardless of whether it deals with canonical literature, such as the writings of Nathaniel Hawthorne, or controversial phenomena, such as pornography or the concept of political correctness, it insists on situating texts not merely within the cultural context in which they were written, but in relation to the institutional practices and professional beliefs that determine how they are read.

He is the author of The Half-Vanished Structure: Hawthorne’s Allegorical Dialectics (2004), and Bara för dig: pornografi, konsumtion, berättande (“Just for you: pornography, consumption, narrative”) (2009), a study on pornography and narrativity in consumer society, as well as numerous articles on literature, rhetoric, culture studies and literary theory.

In his spare time, Ullén is an avid record collector with a special fondness for Motown and Christmas music.

Show all publications by Magnus Ullén at Stockholm University