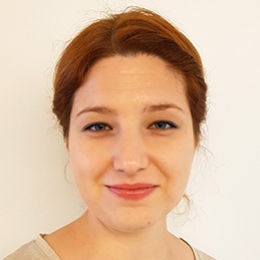 In my ongoing PhD research, I am focusing on those instances in Swedish political speeches which employ spatiotemporal metaphorical conceptualisation for the sake of (de)legitimisation. I am especially interested in elaborated metaphorical scenarios that include a degree of paradoxicality and/or counterfactuality, such as: “That is how we ensure that the future reaches us faster” (Nyamko Sabuni, The Liberal Party, 2019) or “(…) people are willing to turn off at the signpost that says Sustainable future” (Per Bolund, The Green Party, 2019). By combining Conceptual Metaphor Theory (Lakoff & Johnson 1980) and Conceptual Blending Theory (Fauconnier & Turner 2002), as well as discursive approaches to metaphor (Semino 2008), I am trying to answer two main research questions: (1) How exactly are these spatiotemporal metaphors constructed, and (2) How is spatiotemporal metaphoricity motivated by and intertwined with rhetorical purposes? I am leaning on studies on blending mechanisms in argumentation, in order to attain a detailed understanding of the dynamic relationship between various components in metaphorical scenarios. I am combining this with a discursive approach to political argumentation, as employed by Musolff in analysing analogical arguments based on journey metaphors in English and German political discourse (2004). By adopting such a socio-cognitive approach, both theoretically and methodologically, I am hoping to contribute to the growing research efforts to integrate Cognitive Linguistics and Discourse Analysis.