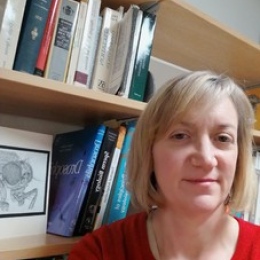 I am an evolutionary ecologist interested in how natural and sexual selection impact  adaptation to the local environment, the extent to which ecological and sexual environments impact interactions between the sexes, and the underlying evolutionary genetics and genomics of those adaptations. In addressing these fundamental evolutionary areas, research in the group takes an interdisciplinary approach, incorporating different techniques from experimental evolution to genomics. The work is mainly laboratory based, and mainly capitalizing on the tremendous diversity of different Drosophila species (yes, there is more to Drosophila than D. melanogaster, although they are nice too) to study these conceptual issues.

My collaborative research group is currently focused on:

“Imagine your world without sex”. Not yours personally, but the environment around you. It would be void of the raucous beauty around us. Both plants and animals evolve many elaborate traits to combat the same sex and attract the opposite sex. Studying sexual selection, and its mate sexual conflict, which contribute to this amazing biodiversity is not an esoteric endeavor but can inform about many fundamental evolutionary and ecological processes such as sex allocation, sex-biased gene expression, and population extinction and management. We use experimental evolution of polyandry to address the role of sexual selection and conflict in such processes.

THE EVOLUTION OF REPRODUCTIVE ISOLATION

How populations diverge to become different species remains an enduring and fascinating evolutionary problem, fundamental to understanding the generation and maintenance of biodiversity. The evolution of reproductive isolation involves differences in populations in how males and females (and their genomes) interact with each other. We are currently exploring early events in the evolution of reproductive isolation, particularly focused on when males and females mate with each other, but no subsequent progeny are produced. We are interested in the role of sexual selection in this process and the underlying genetic and genomic architecture associated with this reproductive isolation barrier.

How rapid changes in the environment affect reproduction – how organisms make and exchange gametes – is at the nexus between evolutionary biology and conservation, and combines my interests in local adaptation and sexual selection. Recent work in the lab demonstrated local adaptation of reproductive performance and we are pursuing this by examining what male and female reproductive traits are most affected within a species and what genes are associated with thermal sensitivity of reproduction.