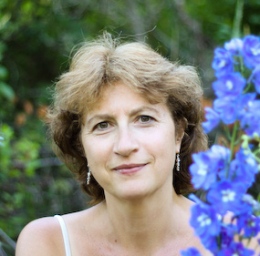 Maria Koptjevskaja Tamm [maˈriːa kɔpˈt͡ʃɛfskaja ˈtam] graduated from the Department of Theoretical and Applied Linguistics at the Lomonosov University in Moscow in 1979 and acquired her PhD degree at the Department of linguistics, Stockholm university in 1988 where she has been working since then. She was appointed as full Professor in 2001 and was head of the Section for General Linguistics between 2004 - 2011.

She has published extensively on various aspects of semantically oriented typology, where she often combines synchronic and diachronic approaches. A large portion of her work focuses on the interplay between lexical and grammatical semantics, in particular on the interaction of the lexical semantics of different classes of words with their possible syntactic and pragmatic functions and how this interaction is reflected in their morphosyntax. The phenomena studied include nominalisations, adnominal possession, quantification, mass/count distinctions (including the domain of pluralia tantum), kin-terms, proper names, finiteness etc. An important direction in Maria Koptjevskaja Tamm’s work has been areal typology, with the main focus on the European and, particularly, the circum-Baltic languages. She was a member of the Noun Phrase Group within the ESF Programme on the Typology of the European Languages (EUROTYP, (1989–1994) and contributor to the World Atlas of Language Structures (http://wals.info/).

Maria Koptjevskaja Tamm’s most recent interests include cross-linguistic research on lexical typology (temperature terms, motion verbs), she has published work on the methodology of lexical-typological research and has been active in promoting lexical typology at various conferences and in courses at several European universities and summer schools.

Maria Koptjevskaja Tamm has received the big Rettig Prize in the philosophical-philological class 2018 conferred by The Royal Swedish Academy of Letters, History and Antiquities.

Show all publications by Maria Koptjevskaja Tamm at Stockholm University