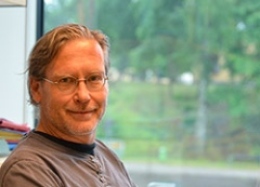 We investigate the dynamics of fundamental atomic and molecular processes and the interaction of intense laser pulses and molecules in the gas phase and at surfaces with various spectrocopic methods, such as femtosecond time and energy resolved photoelectron and photoion coincidence spectroscopy and surface sensitive sum frequency generation.

Show all publications by Tony Hansson at Stockholm University