A biological switch regulates the amounts of DNA building blocks

The enzyme that produces DNA building blocks continues to amaze. The latest surprise is that the enzyme’s on/off switch is positioned at a completely novel site in some marine bacteria. Evolution has once again used an existing component in a new way. 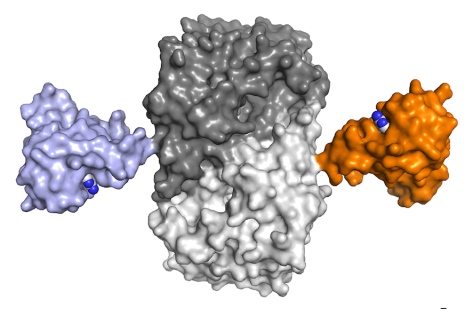 All organisms, be they humans, worms or bacteria, need to make new cells – to grow or to replace old cells. Before dividing, a cell needs to copy its entire DNA, the blueprint of the organism. It is important for the copying process that the exact amounts needed of the four building blocks are produced. Too much or too little of one or more of the building blocks leads to mutations that eventually may lead to cancer. The enzyme that makes the building blocks is called RNR (ribonucleotide reductase) and consists of two different proteins that are in contact with each other. RNR regulates the amounts of building blocks through a separate segment called the ATP-cone. In all hitherto studied RNRs the ATP-cone is attached to the enzyme’s large protein.

"We discovered that the ATP-cone is attached to the enzyme’s small protein in a marine bacterium. We have shown that this novel enzyme still regulates the amount of building blocks and how it works", says Inna Rozman Grinberg, researcher at the Department of Biochemistry and Biophysics, Stockholm University.

Inna Rozman Grinberg published her discovery in the renowned journal eLife on February 1 2018, together with scientists at the Universities of Lund, Umeå and Uppsala.

"We found that the inactive enzyme is formed when the small proteins are 'glued together' via their ATP-cones, which inhibits correct interaction with the large protein. It surprised us that the ATP-cone can control the amount of DNA building blocks just as well when it is a part of the small protein as when it is attached to the large protein", says Inna Rozman Grinberg. 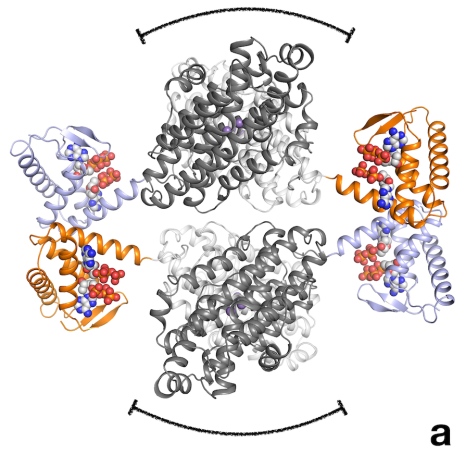 The scientists have earlier shown that the ATP-cone may be lost and regained by different RNRs on a relatively rapid evolutionary timescale. Similar processes have also been described for other enzymes, but this is the first observation that a controlling segment can jump from one protein to another in the same enzyme.

"Even though we have studied a marine bacterium, it is of high general interest that an enzyme’s regulation can evolve via such different pathways. We have shown that the ATP-cone works as an on/off switch in several contexts. Our results are potentially useful for development of novel antibiotics and in industrial applications that need to control the activity of an enzyme used during production of chemicals", says Inna Rozman Grinberg.

Novel ATP-cone-driven allosteric regulation of ribonucleotide reductase via the radical-generating subunit is published in the scientific journal eLife, January 2018