Mammoth, man or microbe. Severely degraded DNA is being investigated by researchers brought together by the new Centre for Palaeogenetics. 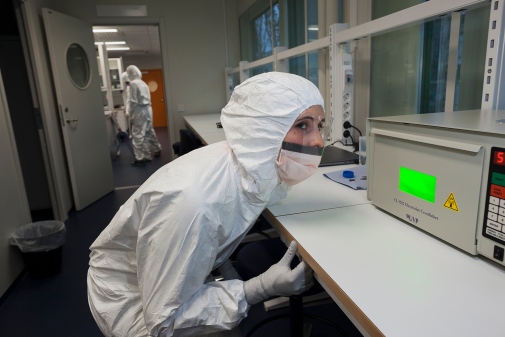 Marianne Dehasque, PhD student at the Department of Zoology, examines the DNA of the last mammoths. Photo: Jens Lasthein

The new laboratory in the Arrhenius complex is one of the largest of its type in the world and has extreme cleanliness requirements. The DNA that is investigated here can be anywhere between 50 and 500,000 years old. Its source may also be anything from the now long extinct Eurasian cave lion to a bacterium. Regardless of its source, it must not be contaminated by other DNA. Once an organism has died, its DNA starts to degrade. Recreating DNA is difficult and expensive. However, this is what the researchers at the Centre for Palaeogenetics (CPG) specialise in. Unlike many other labs where nothing is allowed to escape the environment, this one is designed to maintain an overpressure that allows nothing in. 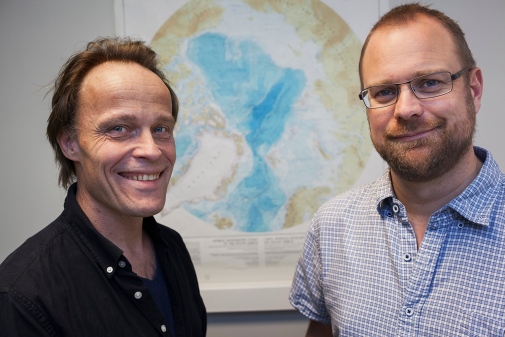 Anders Götherström and Love Dalén are research leaders at the Center for Paleogenetics. Photo: Jens Lasthein

“We want to keep the surroundings out. Putting on all the clothing, forensic overalls and triple layer gloves, can take half an hour,” states Love Dalén, professor of Evolutionary Genetics.

The Centre for Palaeogenetics is a collaboration between Stockholm University and the Swedish Museum of Natural History. Thus far, two research groups have moved into the centre – Love Dalén’s from the Swedish Museum of Natural History and Anders Götherström’s from the Department of Archaeology and Classical Studies. These successful research groups hope to be joined by colleagues from more departments. Thirteen different nationalities are already represented at the CPG.
“I see this being a fantastic environment with lots of people. When a creative environment such as this reaches a critical mass, there will be excellent research,” comments Anders Götherström, professor of molecular archaeology.
“We also hope to create a fertile environment for young scholars, free from academic hierarchy”, adds Love Dalén.

Although the idea of a multidisciplinary centre with researchers working on degraded DNA had been around for a couple of decades, realisation began only two years ago. The Centre for Palaeogenetics was opened on 14 February 2020. Over the past 10 – 15 years, several new DNA sequencing technologies have emerged and opened enormous, new possibilities.
“It was like going from being able to analyse a glass of water to being able to analyse the whole of the Baltic Sea. We can study evolution in real time. It is then really exciting to analyse why genes changed,” concludes Anders Götherström.

Did inbreeding kill the last mammoth?

DNA studies give a new view of Sweden’s history 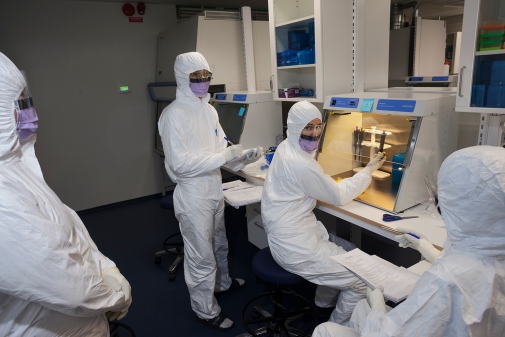 The Center for Paleogenetics brings together scientists working on severely degraded DNA. The samples must not be contaminated, so everyone must wear protective clothing. Photo: Jens Lasthein