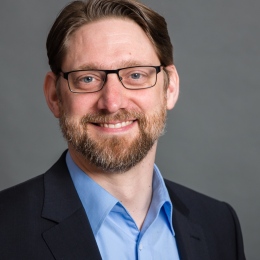 I completed my PhD in archaeology at the University of Göttingen in 2008 with a dissertation on Swedish rune stones. Between 2006 and 2016 I received several fellowships and grants for research projects in the fields of Iron Age and Viking archaeology, religion, and iconography by the Gerda Henkel Foundation, the Fritz Thyssen Foundation, and the German Academic Exchange Service (DAAD). I was employed as a researcher at the Academy of Sciences and Humanities in Göttingen from 2010–2014 and again in 2017, within the research project ʻRuneS – Runic Writing in the Germanic Languages’, preparing an edition of the Continental (South Germanic) runic inscriptions, together with the runologists Klaus Düwel and Robert Nedoma. In 2017/2018 I was employed as a researcher at the Centre for Baltic and Scandinavian Archaeology in Schleswig. In 2016 I finished my ʻHabilitation’ (qualification as university lecturer), which deals with the interpretation of the Gotlandic picture stones and their re-analysis with digital methods (Gotlands Bildsteine – Probleme und neue Wege ihrer Dokumentation, Lesung und Deutung. Studia archaeologiae medii aevi 3, Friedberg 2019). On the basis of this work, the Ludwig-Maximilians-University in Munich has awarded me with the venia legendi for Archaeology and also for Old Norse Studies. Since 2017 I have been Privatdozent (Swedish docent) in Munich and am currently guest lecturer at the University of Vienna. Since March 2019 I have been employed at the Department of Archaeology and Classical Studies in Stockholm as researcher and leader of the project ʻAncient Images 2.0. A Digital Edition of the Gotlandic Picture Stones’ financed by the Swedish Research Council.

My main fields of interest are Late Iron Age and Viking art and iconography, runology, Old Norse religion and Christianization, Vendel and Viking Age material culture, archaeology of hunting, legal history, human-animal relations, and digital archaeology. Chronologically, I focus on the first millennium AD, however, the Middle Ages, the Early Modern Period as well as the Bronze Age are also within my fields of interest. As archaeologist and philologist, interdisciplinary approaches are at the core of my research.